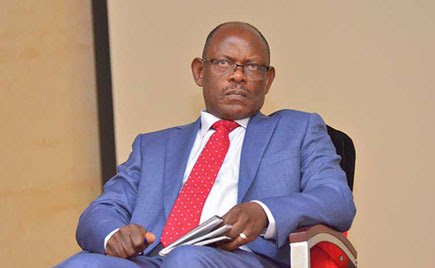 A close source says Nawangwe is illegally hiding his wife, Suzan Walakira who returned from Dubai for a business trip within the said timeframe the pandemic turned disastrous in the United Arab Emirates. Nawangwe’s wife featured on the list of Dubai returnees who are supposed to undergo the mandatory government quarantine to prevent the further spread of the life threatening virus. Despite the publication of Mrs. Suzan Nawangwe’s name on the list, the Makerere Vice Chancellor has persistently declined to heed to the government directive. He has since silenced mainstream media houses from making mention of his wife as a way of preventing her from being quarantined.

Ms. Suzan Walakira is said to have gone to Dubai to purchase merchandise for her downtown Kampala shop that deals in shoes and second hand clothes. She also operates a boutique opposite Sylvia Owor’s. While on her trip, she could have interacted with people who are likely to have had the virus.

In several statements, the government warned officials from evading the quarantine steps as this would escalate the spread of the virus. When the minister, Jane Ruth Aceng was asked by journalists why some officials were evading institutional quarantine, she said some preferred to be in their own places of choice. However, for Nawangwe the wife is neither in a quarantine point nor in a hospital but rather comfortably at home.