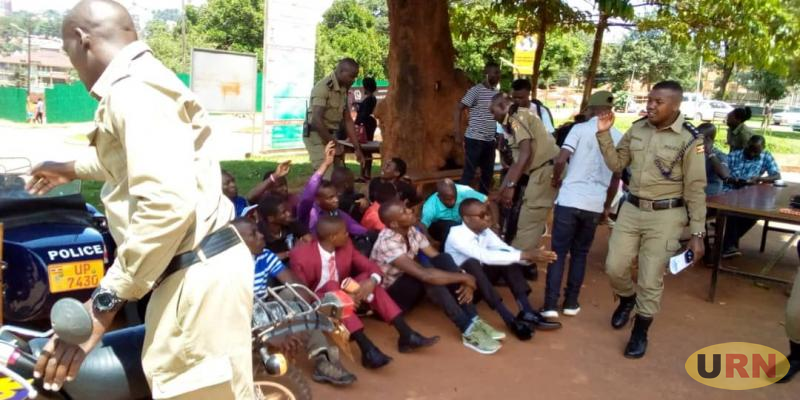 Police at Makerere University has arrested more than 70 youth found allegedly loitering at the main campus.

They were picked from different parts of the university following a two-day operation, according to Jude Masingano Eliphaz, the officer in charge of operations at the main campus.

“We are implementing directives. As you are aware this university was closed through a presidential directive and the university closed on Friday, March 20, 2020. We have so far picked 70 both students and non-students for loitering in the University. our operation. We have however released them after sensitizing them,” says Masingano.

On Tuesday this week, the University management asked officers of the Uganda Police Force to start arresting individuals accessing and idling around the main campus.

Professor William Bazeyo, the acting Deputy Vice-Chancellor (Finance and Administration) said the directive was to be enforced effective midnight of Tuesday, March 24, 2020.

When this reporter visited Makerere University since the directive was issued entry and exit points were underseals except the Main Gate. All people entering Makerere are being asked to identify themselves and explain where and what they are going to do.

Professor Bazeyo disclosed on Tuesday that the security operatives at the institution have continuously encountered “many different people loitering around our buildings/offices at different times of the day without identification.”

He says the order will remain in force until the lock-down because of the COVID -19 is over or the University is re-opened. Makerere University closed on March 20, 2020, following a Presidential directive to close schools, tertiary institutions and universities as a preventive measure to curb the spread of COVID -19.