Uganda kicks out over 300 Rwandans amid Coronavirus tensions 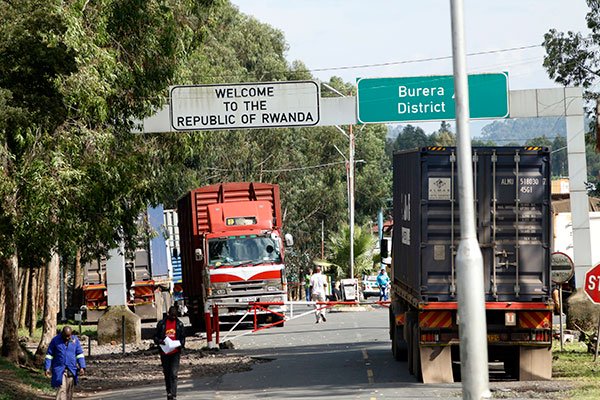 A total of 342 Rwandan citizens have been expelled by the Uganda security operatives mainly UPDF and dumped at various ungazetted entry points to Rwanda’s Northern Province. They were accused of spreading the coronavirus in Uganda.

“UPDF officers had accused us of being coronavirus carriers without carrying out any test, they insisted on saying that Rwandan nationals are no longer needed on Uganda territory and that’s the main reason we were forced to leave,” said one the victims.

Adding, “The officers are everywhere hunting down Rwandans to be expelled, no explanation is it is hard to escape them given the fact that they are so aggressive about whoever hailing from Rwanda.”

Most of the victims revealed that they had been living in Uganda for years with some being engaged in various lawful businesses while others were casual labourers in the towns of Kisoro and Kabale.

The relations between Uganda and Rwanda had soured early last year, following accusations and counter-accusations of espionage and political meddling.

As of Friday march 27, Uganda has recorded another four patients infected with the coronavirus raising the total number to 18. The public has been adviced against using public means of transport like buses and taxis to curb the spread of the diseases.