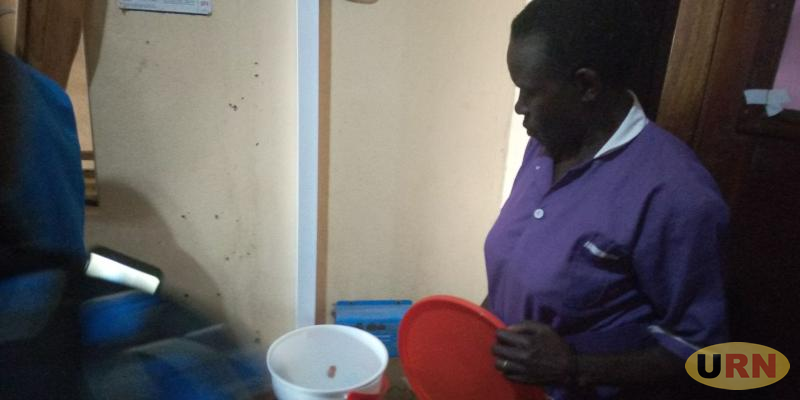 There was panic at St. Asumpta health center III in Arua district over the weekend after nurses found a live frog in the placenta of a woman shortly after delivering at the facility.

The bizarre incident occurred around 2pm on Sunday after a 23-year-old woman from Kasua village in Pajulu Sub County, whose names have been withheld by URN, gave birth to a bounding baby girl at the health center.

The Midwife, who only identified herself as Judith, says she was shocked when she removed the Placenta from the womb only to see a frog coming out of the membrane. She explains that she tried to ask the mother as to what could have happened in vain.

The Health Center In Charge, Sunday Aluonzi, says the frog had already been removed from the placenta and kept in a bucket where it is still alive by the time he was called to the facility.

He however, says that both the mother and her attendant were counseled, adding that they also called a Priest from Ediofe Catholic Parish together with members of the Catholic Charismatic Renewal to pray for the mother and child.

Aluonzi says management is yet to meet and decide on whether to dispose of the frog or forward it for further scientific analysis.  Our reporter visited the health center on Monday afternoon and found both the Mother and child in good health.

The mother who spoke to URN in Lugbara explained that she had a normal birth throughout the nine months and traveled to Arua from Kampala where she stays with her husband since she didn’t have anybody to attend to her.

Her mother told our reporter on condition of anonymity that her first grandchild shortly after birth but they are yet to understand the cause of death.