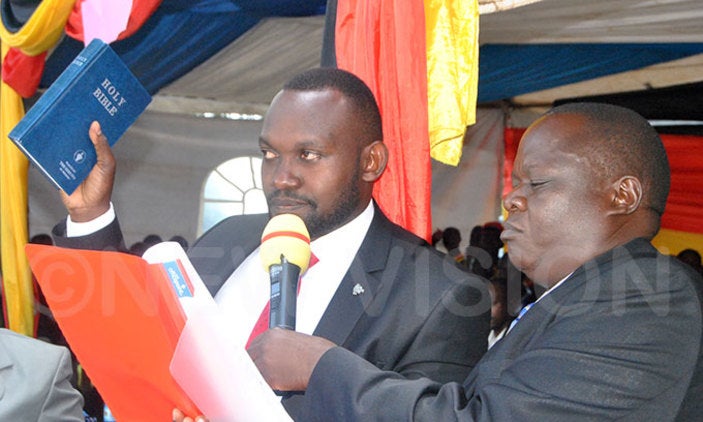 In a social media ametuer footage captured on phone from a distance, the charged LCV boss is seen driving a white pick up double cabin before he encounters a road block manned by the RDC and her enforcement team. He authoritatively moves out of the vehicle and tries to cause commotion before he is held by other officials. He physically overwhelms them and makes for the unsuspecting RDC who he gives very hot slaps before he is held back again.

The actions of James Ategeka have been met with fury and criticism from women rights groups which stress that he was enforcing outdated powers of belittling women. “Beating her up in front of the crowd was intended to show that he is the man. He just wanted to victimise her for her female gender,” says Tumuhaise, a feminist. “He should be charged before the courts of law for assault and disobedience,” she adds

In a live televised Monday address, president Museveni ordered for an immediate ban on the movement of privately owned vehicles save for those belonging to the security and medical team. The ban was to be effected from 22:00 hours of March, 30. In his same decrees, he directed that private vehicles could only be driven with the knowledge and permission granted by the RDCs, who are the district head administrative officials.

By press time, neither Mr. Ategeka nor Jane Asiimwe could be reached for a comment on the morning scenario.