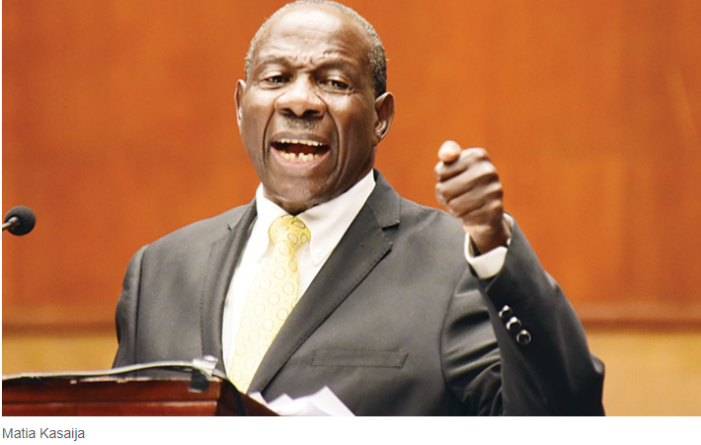 Members of parliament have opposed the government’s plan to borrow an exorbitant emergency loan of shs 282 billion.

The MP’s anger stems from the unfairness in the distribution of the finances which appears to be seemingly in favour of some unknown elements. The MPs were dismayed by the security budget which was bigger than that of health. This prompted them to grill the Minister of Finance, Matia Kasaijja whom they asked to come with a detailed list of what the money is going to do. Budadiri county MP, Nandala Mafabi says it is unnecessary for the government to look for more loans yet the IMF and World Bank turned a blind eye on the interest rates of the prevailing loans. Mafabi proposes that government can instead rely on those interests in such times of emergency. The MPs also say money is supposed to go to the ministry of disaster preparedness to give relief to the affected Ugandans, and also a great proportion to the Health Ministry to stock the medical supplies for the health workers to use but not allocating that much money to the security forces.

“If the Health Ministry Ministry is asking for shs 62b, why should the Security ask for shs 81b? Of the two, which one is more crucial?,” questioned the MPs. A physically overwhelmed Kasaijja resigned his earlier decision and asked to return today, April 1 with a detailed statement explaining what the money is going to do. “Colleagues, calm down. I will show you where the money is going,” pleaded Kasaijja.

The Supplementary Budget in Depth

Ministry of finance presented a supplementary request to Parliament of Shs 282bn to mitigate the effects of Covid-19. Shs 62bn is to go to the Health Ministry, Shs 81bn to Security, Shs 36bn to Local Government, Shs 59bn to Disaster( food aid to Ugandans), Shs 14bn to ICT, Shs 30bn to KCCA.