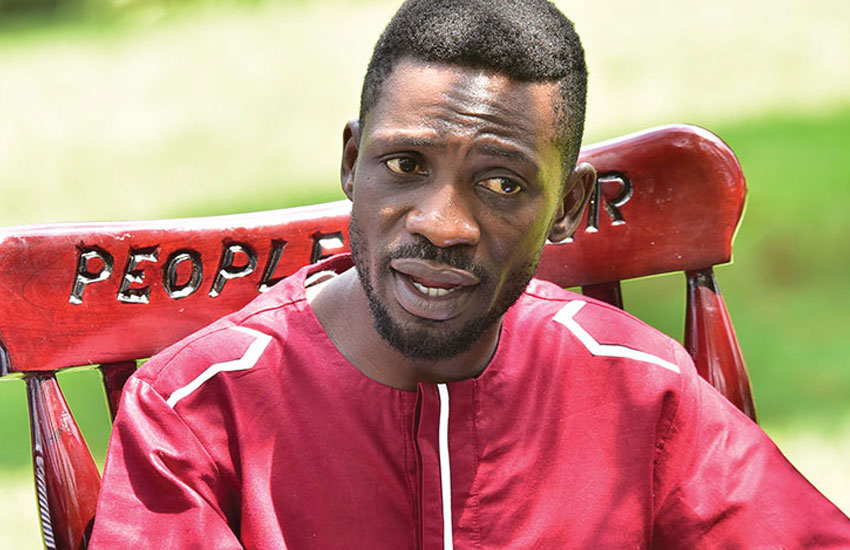 It is important to note that, The 75-year-old president warned politicians and other leaders in the country against distributing relief items to people saying anyone found would be charge with attempted murder. Museveni added that much as it may be a good act, some politicians are simply taking advantage of the current delicate situation to play what he termed as “cheap politics”.

However, Despite all the above Bobi Wine said that to avoid risks of gathering people while distributing the food, they now deliver the food using boda bodas.

Bobi Wine’s post on his Facebook page
“I want to thank boda boda riders who are helping us deliver food relief to some of our most vulnerable people who are starving to near death.

As you all recall, we had kick started the process of distributing relief items to some very poor people before the government stopped these activities- even when many of us were deliberate on observing social distancing and other precautions.

When this activity was stopped, the question which remained was, what will happen to some of our people, especially those who we have been supporting even before the outbreak of the virus?

Every day, we receive calls from hundreds of people requesting for help. Many of them are starving with children and grand children. We had to find a way of assisting at least a few of them during this period.

We discussed with a few supermarket owners and agreed to send them some money using mobile money so that they give food items to boda bodas for delivery to specific homes, the same way they do normal deliveries.
For three days now, a few of our boda boda team members have been collecting items which are pre-purchased from supermarkets and delivering them to these people. So far, we have reached several people although we know that the need is much bigger.

We have reached out to three categories of people- the very elderly, families of our fallen comrades, and persons with disabilities and this activity is being coordinated by the Women In People Power. Many elderly people have received some support, plus the families of our fallen comrades Yasin Kawuma, Ritah Nabukenya, Ssewankambo Gilbert (Sweet Pepsi) and Dan Kyeyune. (May their souls rest in peace)

So many people have called us to request that we put in place a channel through which they can donate to this effort. Any contribution should be channelled through Tel. No. 0703636363.
We are also eager to ensure that our support reaches all districts of Uganda and since the National Taskforce has been directed to address this, we are contemplating contributing some of the support through the taskforce for distribution countrywide.

I thank you all, and assure you that with God by our side, we shall pass through this storm. “