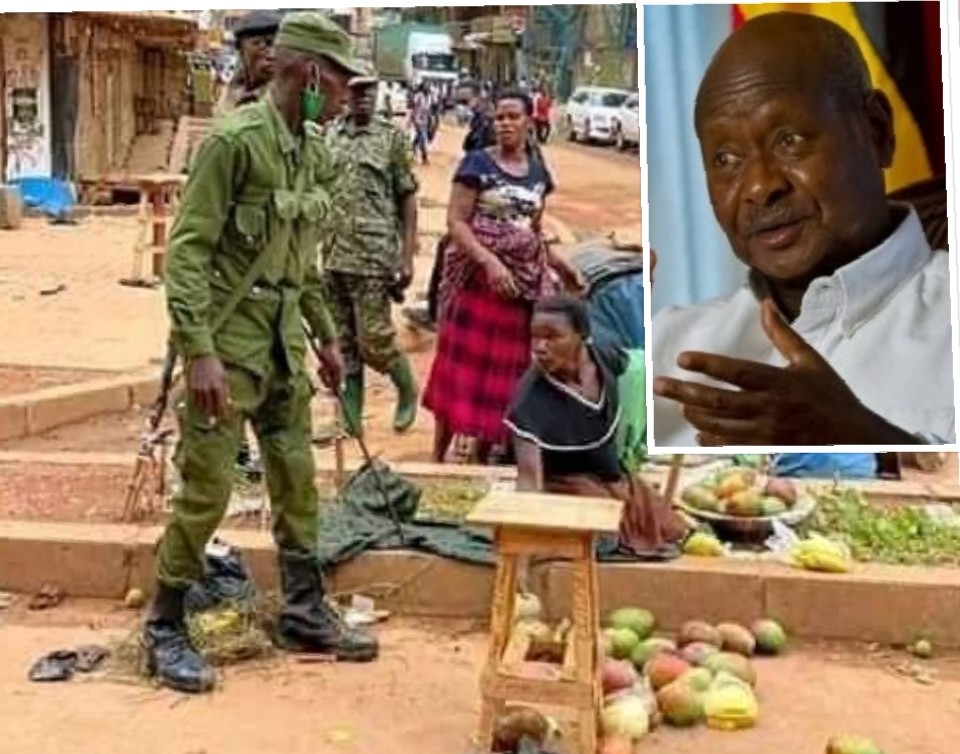 This follows severe complaints from the general public about the behaviors of Ugandan Police and other security forces as they enforce Museveni directives on Coronavirus. It’s alleged that LDU’s oppress people by beating, arresting and deriving money. “The Ugandan government should ensure that its security forces refrain from using excessive force or committing other abuses when enforcing measures in response to the COVID-19 pandemic” – Human Rights watch said.

“Security forces have been using excessive force to enforce the government’s COVID-19 measures,” said Oryem Nyeko, Uganda researcher at Human Rights Watch. “As we face an unprecedented public health challenge, it is all the more important for the government to ensure that it does not become a human rights crisis.”

So far now Uganda has 44 confirmed cases but no deaths. The government has imposed increasingly restrictive measures aimed at preventing the spread of the virus.

On March 25, 2020, the government banned public transport and non-food markets. Prior to that it had closed all bars and instituted a mandatory quarantine in hotels for Ugandans returning from high risk countries, for which those in quarantine initially had to pay for. The government has also closed public court hearings.

On March 30, President Yoweri Museveni announced several additional measures, including a nighttime curfew, banning the use of all privately-owned vehicles, and closing shopping malls and non-food stores for 14 days.

The next day, Richard Karemire, the Ugandan army spokesman, announced that the police, the army, and an armed community-policing paramilitary group called the Local Defense Unit (LDU), coordinated by the Ugandan army, would conduct patrols to help enforce the directive. However, security forces have used excessive force, including beating, shooting, and arbitrarily detaining people across the country.

On March 23, media reported that soldiers beat locals in Mityana district, outside of Kampala, who they said were not respecting the order to close bars. On March 24, Agnes Linda Auma, the resident district commissioner in charge of security in Amuru district, Northern Uganda, threatened during a radio interview to beat people who congregated in public spaces.

On March 26, police shot two construction workers, Alex Oryem and Kassim Ssebudde, who were riding a motorcycle taxi in Mukono, outside of Kampala, despite the ban on motorcycle transport with multiple passengers. 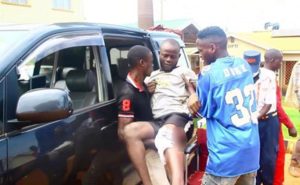 On the afternoon of March 28, six police officers shot at a group of people in Bududa, in the Eastern region of Uganda, injuring one, ostensibly to enforce the ban on public gatherings. Police subsequently arrested David Agaba, the policeman in command.

On March 26, members of the LDU used wires and sticks to beat people, including vendors selling fruit and vegetables and motorcycle riders, in downtown Kampala in an apparent attempt to punish non-compliance with the measures to close non-food markets. 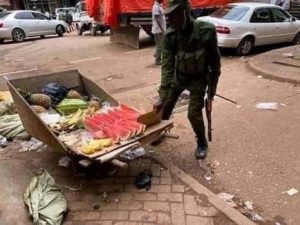 “They found women [selling fruit and vegetables], they started chasing them,” said Alex Esagala, a photojournalist who witnessed the events. “Those who could manage ran away, and those who could not manage, the [officers] started caning them. [One woman] started crying in Luganda, ‘Why are you beating me? What crime have I committed? I am trying to survive!’” 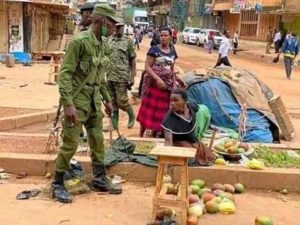 On March 30, the Army Chief of Defense Forces, David Muhoozi, publicly apologized to Hadijah Aloyo, Christine Awori, and Safia Achaya, three victims of the LDU attacks, and announced that the military would hold the individual members responsible, without specifying how. He also announced that there would be a new commander for the units in Kampala.

On March 31, Alfred Ssembajjwe, a journalist, told Human Rights Watch that LDU personnel wielding sticks attacked him and the driver of a motorcycle taxi in Makindye, in Kampala, the night before. The officers demanded a bribe from him then let him go.

On March 29, community residents and police raided a shelter for homeless lesbian, gay, bisexual, and transgender youth in Wakiso, outside of Kampala, and beat and arrested 23 people, including shelter residents, Human Rights and Protection Forum (HRAPF), a legal aid organization, reported. Its lawyers believe the youth were targeted because of their sexual orientation, though police charged them with a negligent act likely to spread infection of disease and disobedience of lawful orders” for allegedly disobeying the government’s directives by residing in the shelter.

States parties to the African Charter on Human and People’s Rights are obliged to take appropriate measures to give effect to the rights, duties, and freedoms enshrined in the charter, including through taking measures necessary for preventing threats to the life, safety, and health of people, but these measures must also respect human and peoples’ rights and protect vulnerable groups.

“The basic human rights of people should be at the center of the government’s response to this pandemic, especially those who are most vulnerable like street vendors, and homeless youth,” Nyeko said, “The government should immediately instruct all enforcement officers not to use violence and publicly hold those who do commit abuses to account.”