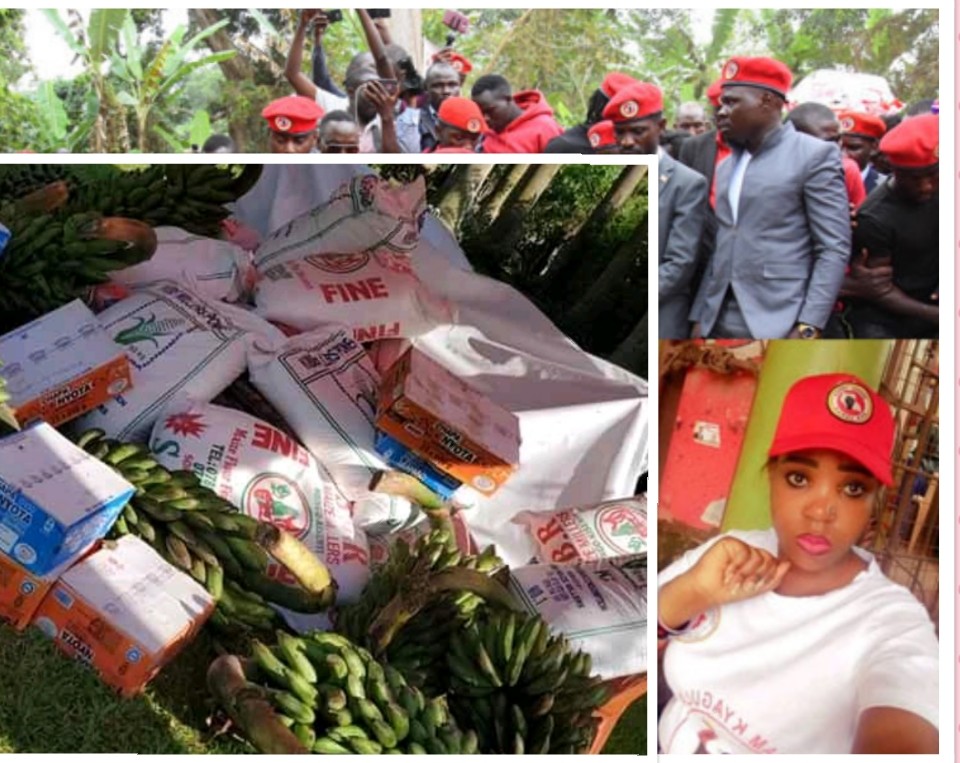 The people power movement has offered food relief to some of their fallen comrades during this trying moments of COVID- 19 crisis. The deadly Coronavirus pandemic is rearing its ugly head the world over and has forced different countries to enforce drastic measures to curb the spread of the virus. The initiative kickoff few days ago according to the people power leader Robert Ssentamu Kyagulanyi allies Bobi Wine.

According to him, “We have reached out to three categories of people- the very elderly, families of our fallen comrades, and persons with disabilities and this activity is being coordinated by the Women In People Power”. Bobi Wine said.

Kyandondo East Legislator confirmed the distribution saying “many elderly people have received some support, plus the families of our fallen comrades Yasin Kawuma, Ritah Nabukenya, Ssewankambo Gilbert (Sweet Pepsi) and Dan Kyeyune”. (May their souls rest in peace)

Bobi Wine has in a lengthy dossier accused President Museveni regime of resorting to extreme means to silence Ugandans who are demanding to end his 34-year “progressively brutal regime.”

“Anyone who associates with me has become a target for kidnap, imprisonment, torture and death at the hands of the Uganda security forces,” Bobi Wine said while addressing an international press conference last month.