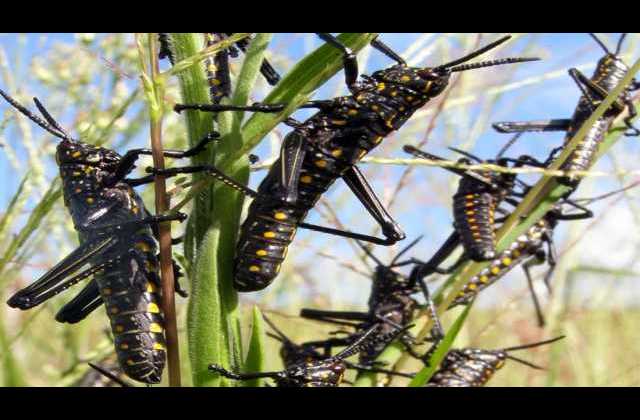 Hundreds of billions of locusts are swarming through parts of the country creating panic among the community who had thought they had survive from desert locust attack amid Coronavirus crisis.

It is said that the swarm of locusts is larger than the one that invaded tbe country in December last year. the locusts has so far entered in Amudat and Otuke Districts, Northern part of Uganda.

According to Chief Administrative Officer (CAO) Amudat District, Mr Maiswa Masokonyi said the locusts have entered in the district disorganizing the community which is being locked as measures to fight the coronavirus. “We have received again another big swarms of locust this morning and this is a young one it doesn’t look like the first one that entered in the country three month ago,” he stressed.

Mr. Robert Abak, The Resident District Commissioner Otuke said he has already constituted a fully pledged and ready team to battle the locusts.

Major John Mugisa, the UPDF 3rd division spokesperson said the UPDF was setting off to Amudat to go and fight the locusts.
“We have been informed about it and a team of UPDF soldiers is setting to go to Amudat to deal with the locust,” he stressed.

He called upon people not to panic saying the governmnet is prepared to deal with every situation that comes a cross.