Aponye’s poor quality maize relief not worth the budget 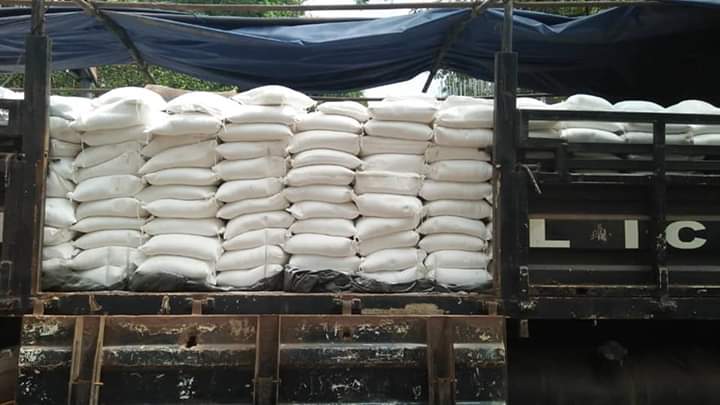 Yesterday, Saturday April 4 was the first day of distributing food relief to the ‘vulnerable poor’ Ugandans as Museveni opted to describe them.

The exercise was launched with a fleet of vehicles carrying tonnes of maize flour that was to be distributed in the Kawempe and Bwaise areas. The food was served by the notorious Local Defence Unit forces in conjunction with the police. The Prime Minister, Ruhakana Rugunda flagged off the fleet in the morning hours and it made for the residences of the impoverished people immensely affected by the corona virus holiday break. The 6 kilograms of maize flour is to be given to every homestead regardless of the number of occupants and the exercise is to find each and everyone at their particular homes. “We shall find you in your home. Do not come to us for anything,” Kampala Minister, Betty Amongi said before the start of the drive.

Some of the locals of Bwaise who received the food relief say much as the exercise is humanitarian, it should in the same faith be of quality. “If you look at the maize flour we’ve got, you may wonder if it is chicken maize brand,” Mugerwa, a resident of Bwaise told this site. “We are not pigs to consume whatever is given. Sincerely, government can do better than that,” he adds.

Is it politics at play?

Several activists have said the inscriptions of the branded food tend to communicate a lot. Food branded with, “vulnerable poor” tends to pattern with what the famous ‘beggars have no choice’ phrase. It is as though the regime is on a show biz. It is common knowledge that even the six kilograms cannot take a family through this hunger time. The government itself did not explain as to whether the relief would be a weekly or monthly exercise.

In just a blink, Western tycoon and NRM affiliate, Apollo Nyegamehe also the owner of Aponye (U) Ltd company won the tender to supply food to the government. Apollo is the Rubirizi district NRM chairperson and a pronounced ally of the regime which is why Salim Saleh selected him to supply the food. Supplying would not be a problem but the quality of what he supplied at such a price is what has left Ugandans in dismay. It looks like he is doing charity yet he is paid for the service.