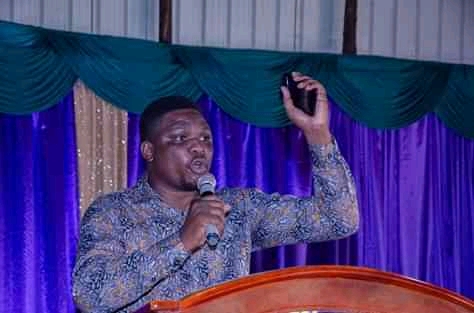 The people power coordinator Pastor Andrew Muwanguzi has been released on police bond and rushed to hospital following several hours of detention at Nalufenya police station.

The man of God was arrested on Saturday and driven to Nalufenya detention facility. His arrest followed a heated television talk-show last evening on Jinja-based Baba TV, on which the two had been invited to discuss social-political issues. The show, it is reported turned chaotic as the two engaged in bitter exchanges of words to the astonishment of the listening population forcing the management to summarily stop the show.

According to his lawyers, Muwanguzi alleges that Sakwa pulled out a gun and threatened to shoot him an allegation Sakwa denies saying he didn’t have a gun during the confrontation. Muwanguzi claims he was badly beaten in custody, and a short video clip this website has seen shows him partly bruised and only dressed in underwear short pants.

Sakwa says after the confrontation, he did not follow up the matter, nor report the case. He however noted that Muwanguzi made “treasonous” statements against the Head of State which could have landed him in trouble.