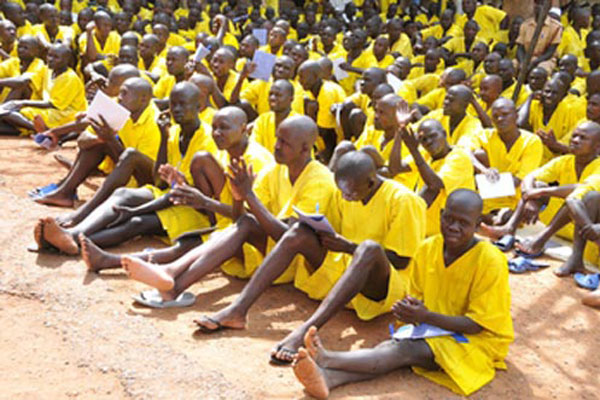 Many have been sarcastically asking whether the Uganda Prisons Services will be releasing inmates during this trying times of coronavirus pandemic. Now the management of Uganda Prisons Services has recommended to the Attorney General, William Byaruhanga to release about 2,000 prisoners, in a move aimed at decongesting the prisons and improve the fight against the spread of Coronavirus within the detention facilities.

“We have selected 1,000-2,000 prisoners whom we think have completed three-quarters of their sentences and aren’t charged with capital offenses. The breastfeeding mothers who have served half of their sentences and aren’t capital offenders. We also selected prisoners who are above 65years and have served their sentences. We are going to submit the list to the Attorney General for consideration for pardon.” commissioner General Prisons Services, Johnson Byabashaija said while speaking to journalists at Parliament.

Dr. Johnson Byabashaija’s comments come at the time a group of Human Rights activists had called for the release of some prisoners and improvement of medical services in prisons across the country, in order to control the spread of the virus within the detention facilities.

Byabashaija also revealed that Uganda Prisons Services had written to Registrar of Courts to release some Prisoners on demand but said the process is undergoing immense scrutiny to make sure that wrong people aren’t released to the public.

“We are also writing to Registrar courts of Judicature to release demands who have reached their mandatory period but aren’t capital offenders to be released on court bond,” he stressed.