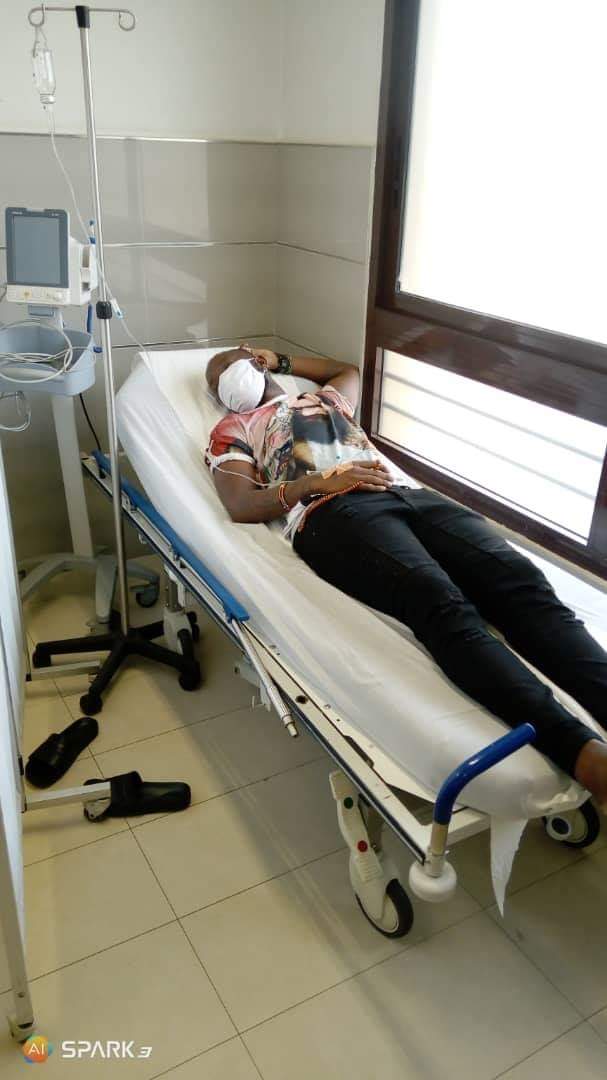 Musician Idrisa Musuuza largely known by his stage name, ‘Eddy Kenzo’ has disputed claims that he had contracted the deadly Corona virus disease.

On Sunday evening, most bloggers adopted a rumour hatched by renowned People Power blogger, Ashburg Kato where he claimed the Big Talent boss had been diagonised with the Corona virus in one of the local hospitals in Abidjan city. Most of Kenzo’s fans in Uganda were in shock and trauma as they all thought the artiste had finally fell prey to the virus. The worse bit of it was the fact that the rumour was accompanied with Kenzo’s photo showing him on the sick bed.

On learning about the rumour, the “Eno ensi tenemazaamu” singer rushed to his Facebook to trash the rumour. He explained he had shared his picture with Ashburg whom he told of his ulcer condition and how the local oily Ivorian meals were making things worse. Kenzo remains stuck in the Ivory Coast where cases are rising each and every day.

Nayogedeko ne Kato last evening yabadde ne idea about helping our people with small money via mobile money and I told him it’s a good idea but I couldn’t talk much because I was in hospital and I sent him a picture aleme kulowoza nti mulimba. I also told him that I’m sick but sagala kanga bantu because we have enough problems going on.

I’m so disappointed in Ashbag kato. Siganye I’m sick but not corona and I will be fine InshAllah. Nyina bad ulcers ate abantu beno emmele yabwe ebamu buto munji era ne kamulali munji so emmele yeyarese obuzibu. Nafunye chance nenfuna bana Uganda wano, my brother Raga Dee connected me to his sister Ritah and her husband they are very good people era bebantute mu hospital and Stellah sent me a message on Instagram told me nti abera wano she can help on anything and cooked for us good Ugandan food so I’m ok bambi I’m still weak but I will be fine. They checked corona, Malaria and were all negative so I will be fine.”