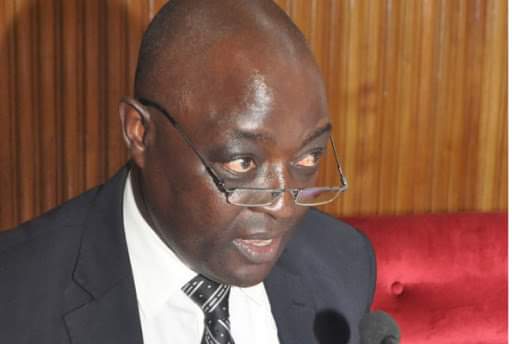 The Minister of Agriculture, Animal Industry and Fisheries, Vincent Bamulangaki Ssempijja has revealed that they are in need of Ushs 16bn to fight the latest swarms of locusts that have invaded three districts in the Teso sub region.

While speaking before parliament, Ssempijja says they need a quick budget to respond to the calamity which caught then unaware. His request comes at a time when the government is trapped in meeting the economic costs sparked by the impeding effect of the Corona virus pandemic. At the helm of responding to the emergency, government sought a shs 294 supplementary budget to help in the fight against COVID-19. This alone makes it quite unclear as to whether parliament can grant another budget to respond to another emergency. The said second swarm of locusts has hit districts like Kumi, Bukedea and Serere.

It should be recalled that at the start of the year 2020 when the disastrous desert locusts struck the East African region, the government of Uganda pumped in huge sums of taxpayers’ money in aerial and manual spraying. An independent audit done privately discovered that the money that was requested was too much to pattern with the work done. It was for instance discovered that the media would not be allowed to cover the so called locusts hit districts. Renowned political commentator, Joseph Tamale Mirundi had to hatch up accusations that the Mafia clique was intentionally packing the locusts in sacks and strategically transporting them into the country. This narrative birthed an idea that the real locusts were the men in government.