Ugandans Stranded in UAE Plead with the Ugandan Government to Allow Them Back Home. 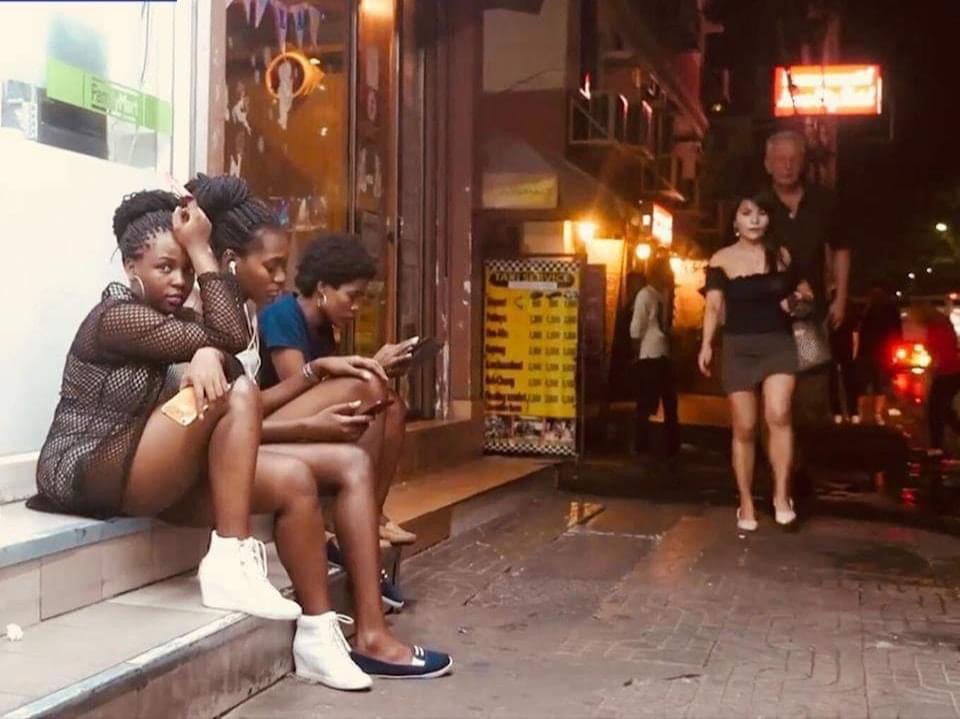 The Ugandan community in United Arab Emirates have come out to plead with the Ugandan government to grant a landing permit to the airline supposed to fly the stranded Ugandans back home.

According to a public statement issued on Tuesday 7th April by the association of the Ugandan community in UAE. Dubai had conceded to repatriate Ugandans stranded in Dubai after consultations with the Ugandan ambassador to UAE provided the Uganda embassy obtains a landing permit for them.
However the embassy has of long still failed to obtain the landing permit despite thousands of cries from the stranded individuals.

Fly Dubai had also conceded to repatriate the stranded Ugandans but on similar conditions with the Dubai authorities. The evacuees were also meant to meet the ticket fares agreed upon.

Accordingly, over 500 Ugandans are stranded in UAE, including 411 workers who had earlier been laid off by Trans Guard security company.

Many more Ugandan in Dubai, Abu Dhabi and other Emirates are reaching out to authorities to allow them return home saying that they are ready to go under the 14 day quarantine and willing to pay all the flight charges. These claim that they are spending a lot while they are not working as well as keeping redundant.

Below is the statement. 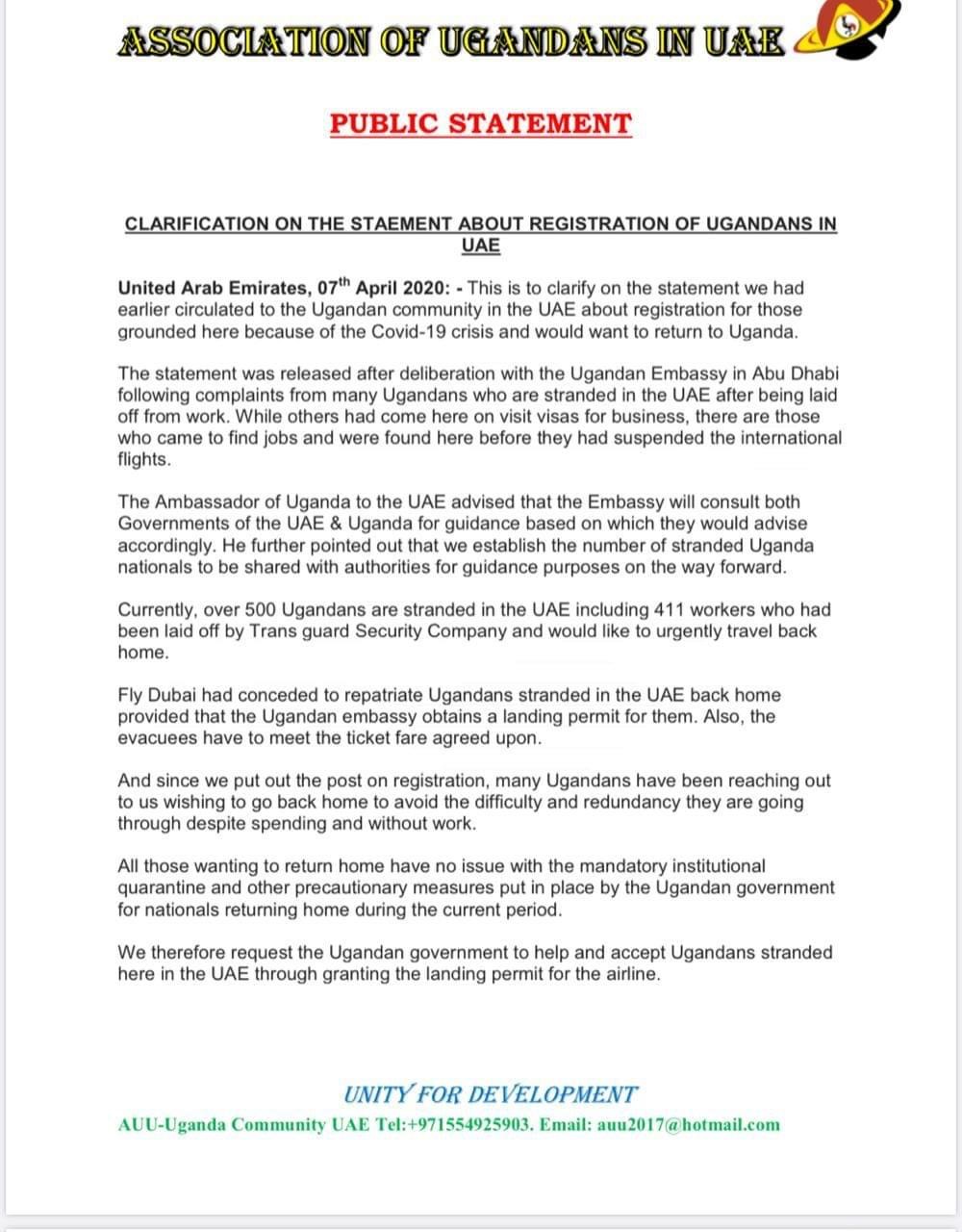