We are Capable of Doing Something if the Ugandan Government doesn’t Help Us—Ugandans in China. 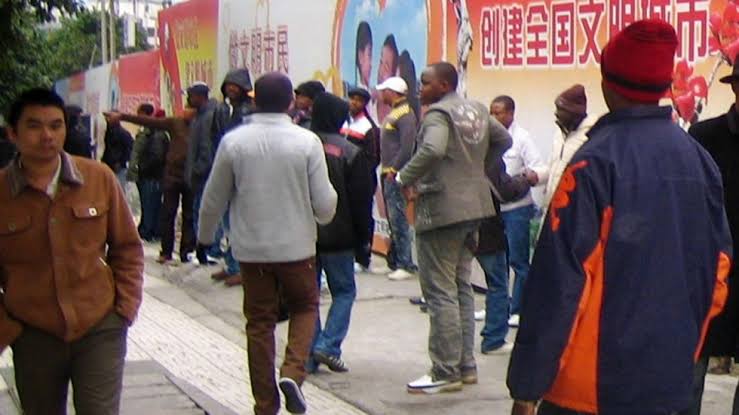 A good number of Ugandans living in China have come out crying to the Ugandan government to deport them back home.
“We are being discriminated against. You can’t buy anything from any shop and grocery, you can’t board any public vehicle because all the Chinese will immediately walk out as soon as you enter.” Said one Ugandan in China known as Nansubuga Penny in a Facebook live video.

”We are capable of doing something if the government does not help us,” she went ahead, “ Anything we do in China will be representing Uganda as a country, not as individuals. The government should save its image and deport us back home.”

She went ahead to claim that the Chinese natives have embarked on discriminating foreigners, especially from Africa, whom they claim that they will infect them with Corona virus.

According to Penny, the only remaining option of buying anything is through online market since there is no face to face interaction between the two parties.

According to Victoria, another Ugandan stranded in Shenzhen city in China, many people don’t have anything to eat. She says that the three months lockdown took away almost all the money they had and the little that they were getting from their families in Uganda during the lockdown can not come in again since they are also subjected to a lockdown now.

Another moving video shows other African Nationals, specifically from Nigeria, stranded on the streets claiming how they have been told to leave the apartments they were renting.

“The situation is really alarming. Even when you have no any food and decide to go to the police at least to be arrested, the Chinese police won’t arrest you.” Said Penny, still in her Facebook live.

We have not yet heard any official statement from the government, except the parliament that started debating on it today in a plenary session. The motion was brought in by Kampala Central MP Muhammad Nsereko.

We shall keep up following this development to keep you updated.