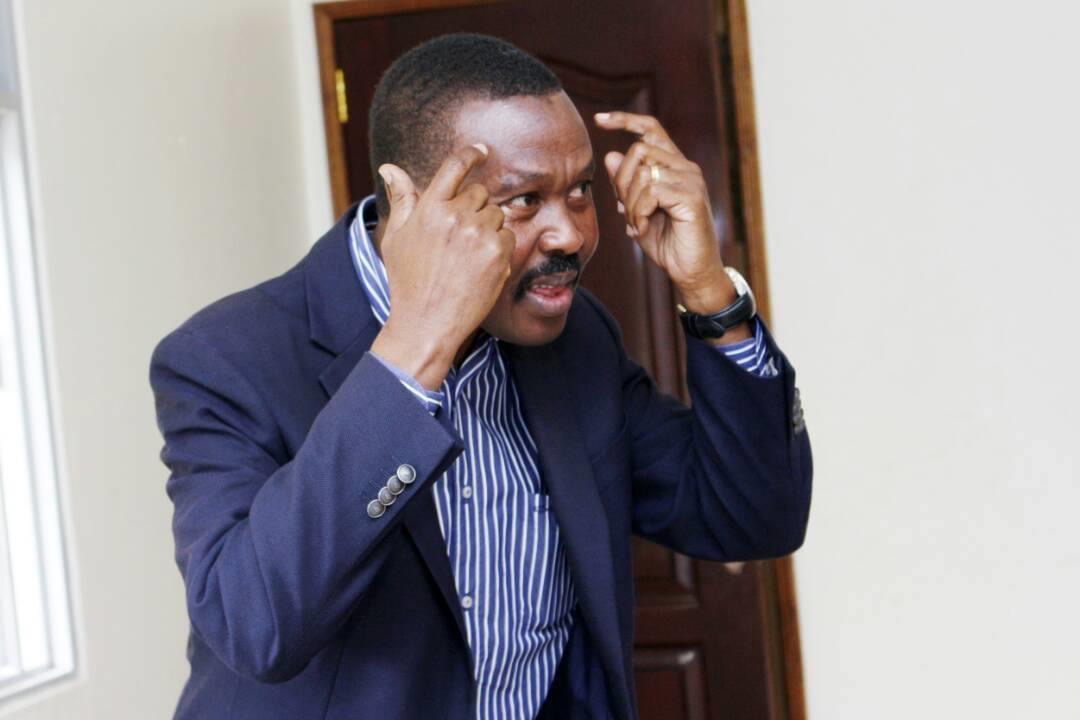 The National coordinator for Alliance for National Transformation (ANT) party Mugisha Muntu has come out to question where the Jinja RDC Eric Joseph Sakwa got powers to torture people power supporter Pastor Andrew Muwanguzi. In his recent communication on Saturday evening, Mugisha Muntu took to his social media handles asking President Museveni to walk the talk.

In his post, the retired General pointed out how the president had recently promised to work on the police officers who were torturing people. He went ahead to ask him to come out and explain the circumstances under which pastor Muwanguzi was tortured on the commands of the Jinja Resident District Commissioner Joseph Sakwa.

“In the hope that him (Museveni) along with those serving under him are willing to walk the talk, we present to him the case of Pastor Andrew Muwanguzi and the manner in which he was handled by Mr. Eric Josheph Sakwa, the Jinja RDC a few days ago. The details are in Pastor Muwanguzi’ s own account as attached.”

Mugisha Muntu went ahead to pause a question to the president, demanding him to tell the nation if the RDC was working on his orders or everything he did was on his own accord.

”The question we pose to government is; was Sakwa the RDC acting rogue and on his own accord or was he acting under instructions?. Hopefully, the relevant government bodies can provide a response and clarify if the president was sending serious signals to the security services to rectify their ways or he was simply posturing. Ugandans await your response”