Rugunda should be arrested for negligence 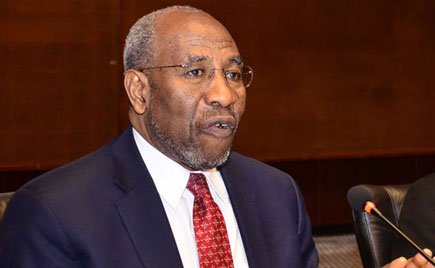 For a great deal of years, the Office of the Prime Minister has been a hub of scandals and a swindling point for those who head it. A queue of scandals were more pronounced in the days when Rt. Hon. John Patrick Amama Mbabazi was in charge. He strategically used his position as PM to siphon out funds and channel it to his own coffers. Mbabazi watched on as the Global Fund went the wrong way, the inflation of the Temangalo land, CHOGM funds, to mention but a few. By the time he was sacked in 2015, a year before the general elections, Mbabazi was one of the wealthiest government officials. Sources say, he was so rich that he would harbour some of his money at the Kololo residence. A source who claims to have been a house help at the former premier says he would monthly hire a fumigator to spray his money in a bid to preserve it.

When Mbabazi was sacked, he was replaced by an equally experienced historical who served in nearly all the preceding regimes. Dr.Ruhakana Rugunda transcends the test of time and stands to be one of the longest serving officials in the government of Uganda. The Kabale strongman is said to have served in the Dr. Obote regime. Whereas with such a juicy CV, one would have expected him to bank on his past experience to offer transparent service in this COVID-19 season, Rugunda has invigilated shameful acts in his office. This proves right Tamale Mirundi’s consistent disapproval for that office in as far as handling the national taskforce donations is concerned given its dirty history of scandals.

In just a blink, shs 1.9 billion was already lost to the members of the taskforce who had inflated the prices. Much as Rugunda came out and refuted being affiliated to the procurement process, it all sounds ironic given that his subordinates approved purchases without his consent. Can a senior hotel chef say his juniors put too much salt in the food and served it to customers minus his approval? Does it hold any validity? Back to the point, Rugunda’s denial projects him as a careless, negligent and irresponsible person who should accompany his juniors to jail. Arresting Christine Guwatudde (permanent secretary)and leaving Mary Karooro Okurut (Head of General duties) makes no sense. The big fish should this time be hooked out of the sea. The negligence ought to be tackled and the big fish, Rugunda, Mary Karooro and Hilary Onek (Minister for disaster preparedness) should call the Prison service and have their Luzira mattresses well arranged. There’s no way their juniors can do all that without their approval. A herdsman cannot illegally sell milk without the knowledge of the farm manager. Rugunda and associates are all subjects of Luzira prison in the coming years if not now because no government will spare them for their sins.