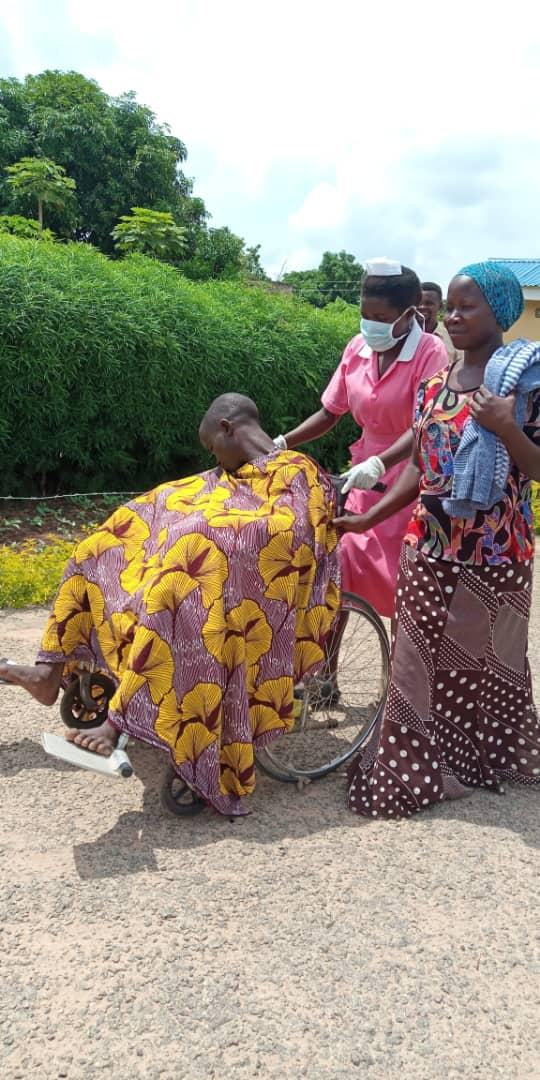 Doris Oku’dinia, a nurse at Ediofe Health centre wheeled a patient to Arua referral hospital which is 2kms away after the ambulance driver failed to respond on time.

Overwhelmed by the irresponsibility of the driver who was only giving empty promises, Oku’dinia personally volunteered to wheel the ailing patient as her health deteriorated. This ensued over the weekend, a time when majority of civil servants break off to spend time with their families. Reference should be made to Museveni’s consistent disapproval of emergency private vehicles from offering urgent assistance to such patients. Museveni carelessly authorized the Resident District Commissioners (RDC) to play the task of granting permission to only recognised government vehicles to assist such patients. In Eastern Uganda on Monday, a woman in her labour pains failed to get in touch with the RDC whose phone was off. She opted to call the area DPC who drove to her residence at 03:00hs (East African Time) and rushed her to Mbale referral hospital where she gave birth to a boy. Museveni’s failure to decentralise emergency services to lower Local Council leadership has cost the country a huge number of lives just during this lockdown which has birthed a saying that the ‘lock down has killed more Ugandans than Corona itself’.

If private vehicles would be allowed to operate for such emergencies, maybe the Arua nurse would not have risked to chauffeur the patient on such a lengthy journey.

Uganda’s lockdown originally ends tomorrow, April 14 on midnight but the head of state, Yoweri Museveni will address the country on the same day at midday. A lot is anticipated to arise out of his briefing. The cases currently stand at 54 with only 4 recoveries that were discharged from Entebbe Grade B hospital on Saturday.