Chameleone in a heated row with URA tax collector 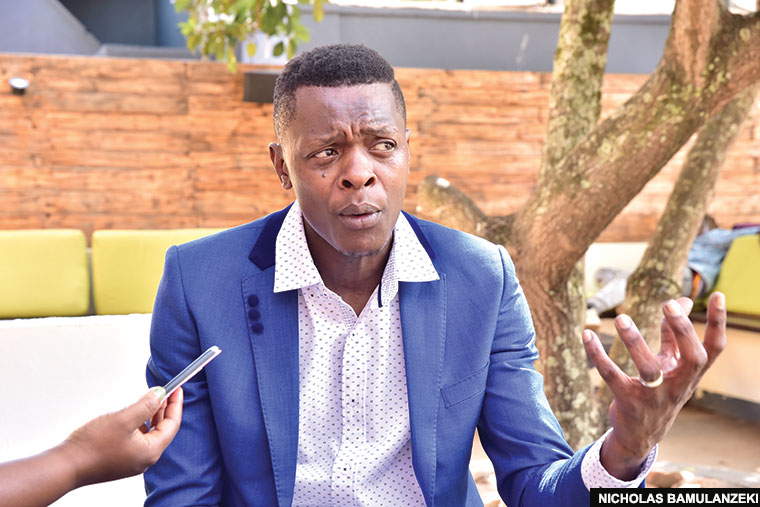 Legendary singer-cum-politcian, Joseph Mayanja largely known by the stage name, ‘Chameleone’ was on Easter Sunday involved in a verbal clash with a URA enforcement officer.

The video of the row emerged on Sunday evening and instantly made rounds on social media. In the footage which appears to have been shot at the CBS radio premises, Chameleone is seen trying to confront the Uganda Revenue Authority as he stresses that it is a public holiday (Easter) and that he has to attend to the appointment with His highness, the Kabaka contrary to what the URA officer was asking him to do. The argument stemmed from the revenue officer’s lodged request for the documentation of the singer’s vehicle, a Toyota Landcruiser of a V8 model. “Why don’t you respect the public holidays? Can you let me do my work first? I have to attend to my king,” Chameleone is overheard shouting at his peak. “Doesn’t URA know it’s a public holiday? It’s Easter Sunday, the Lord has risen,” fumes the legendary Leone Island boss. Whilst the heated argument, the enforcement officer maintains his calm and tends to subdue to the requests of the artiste. “I am an enforcement officer who works each and every day. But you’re free to finish your duties then we go for the car receipts,” the officer says. “Will you follow me up to home because that’s where the receipts are?,” Chameleone asks. “Yes, I will drive from a distance till we get to your Namuwongo residence,” the officer replies as heard in the widely shared video. “You’re enslaved to the government. Stop oppressing Ugandans,” Chameleone curses towards the end of the video.

The row ends with Chameleone attending to his appointment as the officer waits from outside the CBS radio parking lot. Sources knowledgeable to the scenario intimate that the singer later submitted the required documents to the revenue enforcement officers.

Asked for a comment on the issue, a source close to the singer reveals that everything is just political. “The government is pressing harder than ever on the singer who backed out of the NRM party and joined Bobi Wine’s People Power movement,” says the source. “All that is happening intend to weaken his political decisions but he remains consistent,” the source adds.

Joseph Mayanja alias Chameleone will be vying for the electoral seat of the Kampala Lord Mayor under the Democratic Party ticket. He is also aligned to the People Power movement and maintains a strong bond with his fellow legendary artiste, Robert Kyagulanyi Ssentamu alias Bobi Wine. The singer is however striving hard to shade off the mole moniker which many people attach to him.