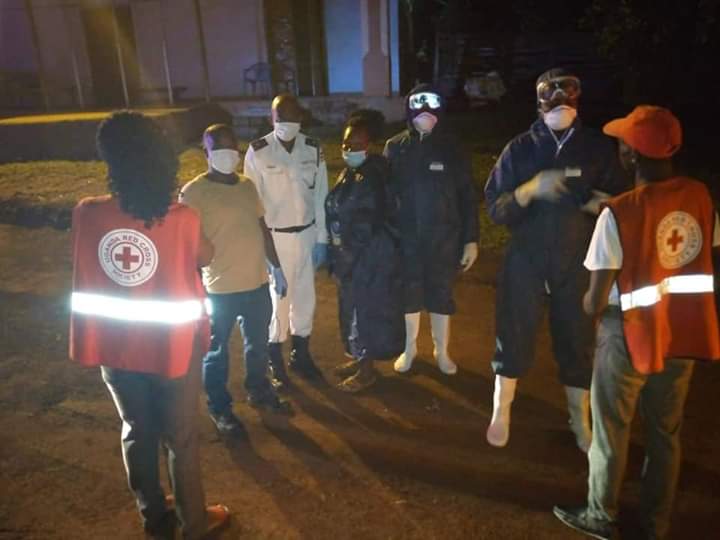 The Aruu MP released a video on his social media to update the public how he had blocked the ambulance from bringing the said truck driver to Gulu hospital where he had been referred for treatment. The motor mouthed legislator famed for his fury adds that he drove behind the ambulance up to Kamdini where he left it to proceed to Kampala. Odonga says he did this to rescue his Acholi people from what would arise from that single case given their overwhelmed ill equipped health facilities that could not handle Corona cases. Other reliable sources say he is haunted by the past Ebola experience in which Acholi people suffered gravely from the epidemic.

The Health Ministry however denied that the patient was intercepted by Odonga and his team. They instead say he was traced down by security experts who got him at Kamdini. The Director General of Health Services on Wednesday night said, “The previously confirmed case, a Ugandan male, truck driver who arrived from Kenya, was tracked by security and surveillance teams and intercepted at Kamdini.” He added that he was since evacuated to Entebbe hospital for treatment contrary to the claims of Odonga.

While addressing the public on Tuesday, Museveni carelessly said truck drivers would be allowed into the country but will be subjected to mandatory testing but the results would then find them wherever they would be. “On the issue of the truck crews, the driver and two other. They will be tested at the border but they do not have to wait for the test results. They can continue with their journey and the outcome of the results can be communicated later,” he said in his address. Indeed, this was the case with the 38 year old Tororo truck driver whose results were communicated while he had already interacted with several people. Museveni’s directive tends to undermine the efforts of Ugandans in battling the pandemic. Some suggest that the truck drivers should only be allowed entry on confirmation of their COVID-19 status. “Can’t they be allowed in when the authorities know their status?,” Ajambo, a health worker in Busia told our reporter.