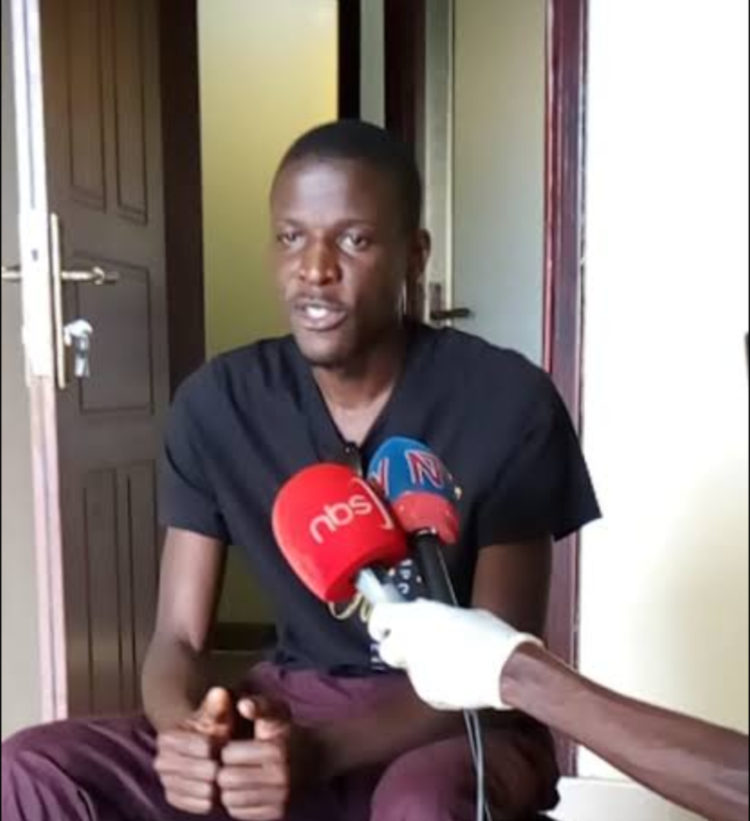 The National Drug Authority on Wednesday instructed police to arrest, Robert Mijumbi, a Kyambogo student claiming to have found the COVID-19 cure.

On Wednesday, experts from the NDA backed by police stormed Mijumbi’s Bweyogerere residence and thoroughly searched for his laboratory which they failed to find. The student researcher was handcuffed and whisked away for further interrogation to explain how he had come up with a cure before well equipped European scientists and doctors did.

Mijumbi has been the talk of the public since last week when he confessed in a YouTube video clip that he had discovered the Corona virus cure. The student was hailed by the Ugandan populace that remains clogged in the lockdown which has impatiently unleashed their hunger for a cure so they go back to their normal life.

After arresting the young scientist, the NDA dismissed reports that he had invented the cure. “NDA wishes to inform the public that no such drugs have been evaluated and approved by the National Drug Authority for clinical use,” reads their Wednesday statement. “The public should be cautious of products that claim to treat or cure COVID-19. Such products may include foods and food supplements and preparations to be drugs or vaccines..” adds the statement.

Mijumbi is not the first to claim he had invented the cure. Before Ugandan registered a case, the Speaker of parliament, Rebecca Kadaga said she had tendered an American professor to produce the cure in just a fortnight time. However, after public pressure she succumbed and in a Wednesday statement said she had been misquoted as she was meaning a sanitizer dubbed ‘Covanil’ but not a cure.