At least you have free posho, but we don’t, Kadaga defends MPs 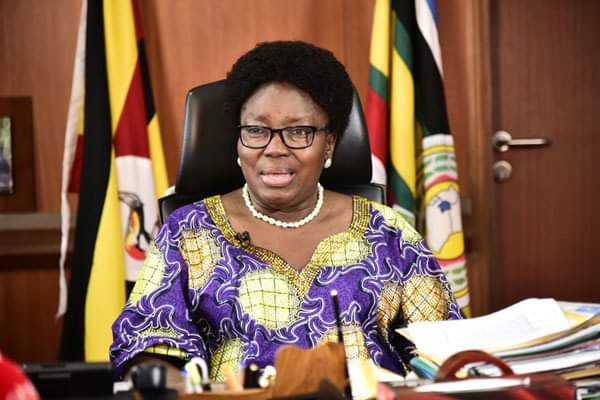 On Wednesday, April 15, MPs approved a shs 10b supplementary budget in which each was to walk away with shs 20m to fight COVID-19 in their constituencies.

The same parliament had been advised to suspend operations since all the decision making was hijacked by the executive arm of government acting under the Health Act. However, parliament stubbornly proceeded with their sessions till yesterday when they finally unveiled their money-greed tongue and pocketed shs 20m for themselves. The decision was not welcomed by the public plight as people criticised them for acting selfish. At this point of the struggle against COVID-19, the Health workers on the frontline and the vulnerable starving Ugandans deserve more funding than these already well off legislators. In our article published yesterday, we reminded our audience how neighbouring nations like Kenya and Rwanda have cut salaries of highest earners in government in a bid to sustain the fight against COVID-19. In Uganda, it is the contrary where the vulnerable rescue the well off.

In an interview widely televised on NBS TV, the speaker revealed how MPs were jointly in the COVID-19 fight with government health departments and that they have already surrendered their constituency ambulances to assist in emergencies. Kadaga says the extra shs 10b budget is to help MPs fuel their ambulances and pay allowances for the drivers. “The members were getting calls for expenses on fuel and it had now become a burden to the MPs. They came here saying, “find us some money from parliamentary budget,” Kadaga said.

About 170 legislators have their own ambulances deployed in their constituencies. It should be recalled that the permanent secretary of the Health Ministry, Ms. Diana Atwiine said they would cater for the fuel dues of ambulances surrendered by MPs to man the taskforce efforts.

The FDC secretary general and Budadiri East legislator, Nathan Nandala Mafabi says he has not yet received the money but in case he does, he will add on an extra shs 10m to make it shs 30m and fund the ailing health facilities in his constituency.

Busongora South MP, Jackson Mbaju says he never asked parliament for any money to fuel his ambulance. The FDC legislator says he had even volunteered to drive and fuel the ambulance by himself. “I told parliament last week that I wanted to go home to sacrifice and drive the ambulance myself,” he said.