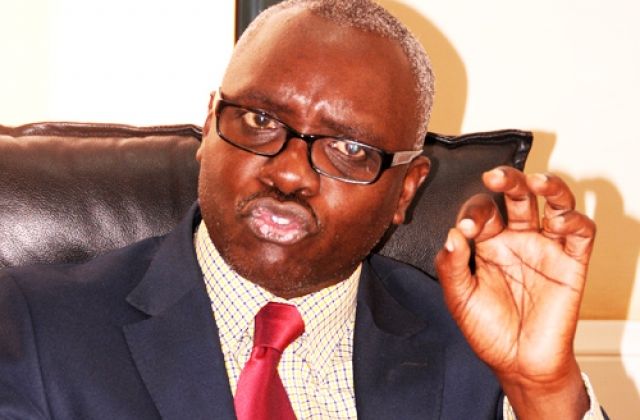 A Twitter feud has sparked between legendary city preacher, Martin Ssempa and Robert Kabushenga, the CEO of Vision Group.

In heaps of tweets, Pastor Ssempa consistently stings Kabusenga and challenges him to present his offertory as opposed to just collecting what others are bringing. “Apart from collecting from other CEOs, has anyone #UOT seen what @rkabushenga has donated to the #COVID19UG fund either as #NEWVISIONCorp @newvisionwire or as an individual donor? I am going over the list and can’t seem to see his contribution. Did he keep it secret?,” Ssempa asks in a tweet. “Surely, as the CEO of @RugyeyoFarm you can also donate some 500 bunches of MATOOKE. You don’t have to think too hard about it…it’s the same message you are preaching to others. Start with your own farmers,” Ssempa suggests to Kabushenga in another tweet.

The furious vision group CEO then fires back with a derogatory message contrary to his position. Out of fury, he tweets, “@martinssempa May be stick to pornography, your life’s calling & especially now that u have another 21 days. Should keep u stimulated. Leave the serious matters actually doing good for Uganda to those who are willing & able,” replied Kabushenga.

In his first address when the president suggested a national taskforce to mobilise willing Ugandans who had relief to offer, the Vision Group CEO strategically positioned himself on the high command. Given his history of collecting funds in the Kabaka birthday marathon, agriculture expo and so forth, Kabushenga deemed it justifiable to be part of the taskforce. But his position as a CEO of a reputable company that has not offered a shilling for relief seems to be a blow. That aside, Kabushenga has been a subject of public mistrust with people authoritatively accusing him of mismanagement of funds. This perhaps is what has prompted reputable NTV news anchor, Faridah Nakazibwe to question him for accountability. In a public tweet, Nakazibwe writes, “How much have we so far collected in donations?@rkabushenga”. He immediately responds, “@fsnakazibwe how r u? I am now on the National Response Fund to #COVID19 & we r doing the reconciliation. The figure will be disclosed by our political authorities!”