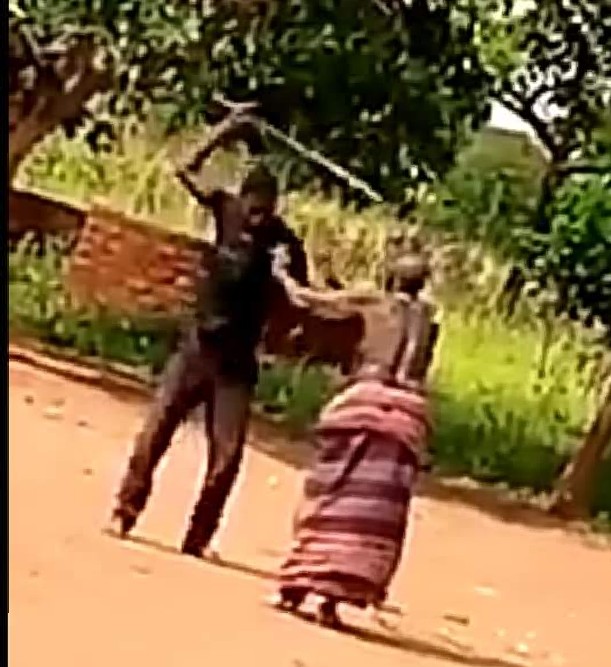 Well wishers have embarked on an online campaign to raise funds for the 82-year-old woman who was assaulted by the grandson in Omoro District.

The victim, Lucy Anek, was seen being battered by 30-year-old Brian Okello in a video recording that went viral on social media. A short video clip recorded on phone that lasted for two minutes and 51 seconds, revealed how Okello, the suspect severely caned and mercilessly brutalized his helpless grandmother causing her grievous body injuries.

Now Acholi diaspora have opened up an account with Lloyds Bank a British retail and commercial bank with branches across England and Wales to raise funds to meet Anek’s upkeep and medical bills.

Meanwhile, well-wishers in Uganda will deposit their contributions through MTN Mobile Money to Martin Ojara Mapenduzi, the Gulu District LC 5 Chairperson. By Wednesday, over 900,000 Shillings had already been collected.

Anek is currently seeking treatment at the hospital. Omoro remains one of the districts in Acholi sub region with high rates of crime according to the 2018 Police Annual crime report.