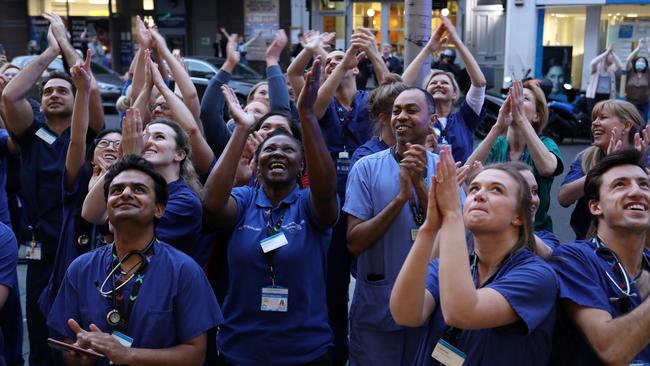 Over 900 patients have recovered from COVID19 in South Africa although the death toll has rolled on to 48, Health Minister Zweli Mkhize  confirmed on Thursday evening.
However according to the minister, there were new 14 confirmed death that raised the death toll to 48. This was the highest recorded death since the pandemic hit the country.

“It is with regret that we inform the public that the Covid-19 related deaths is now 48. We note that two provinces, Limpopo and the Eastern Cape, have also recorded their first deaths.

“We convey our condolences to the families. We continue to speak strength and appreciate our dedicated health workers who are faced with these circumstances daily.” Said the minister.

South Africa still leads in Africa with the highest infections and death toll of COVID19. It recorded its first death case on March 27th which also started the country’s total lockdown. The South African President Cyril Ramaphosa however last week extended the lockdown after there was no much relaxation in the cases. Today marks its 21st day in the lockdown.

The recovering of over 900 patients have been  taken as good news as there are promises of more recoveries in the future.

The COVID19 which started in China around November 2019 has up to now not yet got a confirmed medicine. However there has been various suggestions from different countries with no clear total healing from the virus.