Bobi Wine writes to Gov’t over brutalized Ugandans in China 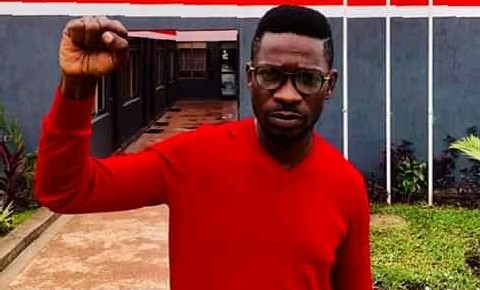 Kyadondo East Legislator who also serves as people power political boss Robert Kyagulanyi Ssentamu aka Bobi Wine has written to the Prime Minister of Uganda Rt. Hon. Dr. Rukahana Rugunda requesting that Uganda accepts to receive her citizens and other Africans who are stuck in parts of China and undergoing severe challenges.

This come after the disturbing reports and videos circulating on social media depicting black people being abused publically by chinese people and law enforcement officers. It is alleged that many Ugandans stuck in China are sleeping on the streets as they brave cold.

Various countries on the continent have strongly condemned the actions of the law enforcement and urged the Chinese government to do more to protect their citizens amidst the crisis.

Earlier today, I wrote to the Prime Minister requesting that Uganda accepts to receive Ugandan and other African brothers and sisters who are stuck in parts of China and undergoing severe challenges. We are also reaching out to some other governments with a similar request.

Although the officers manning these public offices declined to acknowledge receipt of the letter, I am hoping the Prime Minister responds positively so that we move to evacuate our people.