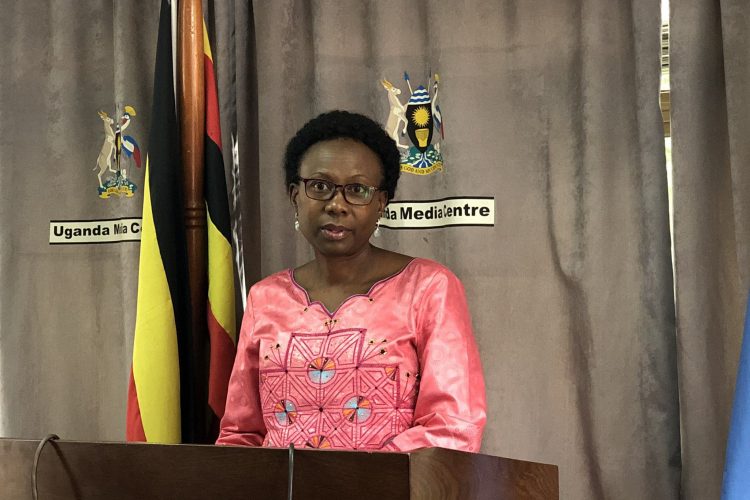 In wake of the escalating COVID-19 cases among truck drivers, the health minister, Dr. Jane Ruth Aceng today convened a presser to communicate their stand.

Her presser follows the registration of a trio of COVID-19 cases; the first being a Ugandan national aged 34 who was intercepted enroute to South Sudan via Kamdini while the other is a 28 year Kenyan national allegedly repatriated back to his home country according to the communication published by the Health Ministry. Uganda’s latest case is a Tanzanian truck driver who just tested positive on Friday. By publication of this story, authorities were struggling to trace for his whereabouts.

With concerns on the Kamdini case which interacted with over 30 locals, on Thursday we published a story titled, “Museveni’s reluctance on border points undermines Uganda’s COVID-19 efforts” where we punched holes in the controversy of letting drivers know of their status when they are already within our frontiers. The same narrative has since been adopted by other Ugandans who castigate authorities for allowing in transit drivers. In an earlier defence statement, Dr. Jane Ruth Aceng first claimed it would be hectic to keep drivers at border points pending their COVID-19 results. She stressed that it would delay the transit. Again today, she has lashed out at Ugandans for being ‘negligent’. Aceng argues that if Ugandans can stay indoors and decline to interact with truck drivers, then the spread of the virus would be slowed. To quote her verbatim she said,”I appeal to you who live along the highways, including women who socialise with them in whatever way, to stay away from truck drivers. Let them do their work without social contact”.