Police and Army Break into MP Zaake’s House After He was Seen Giving Relief Food to People. 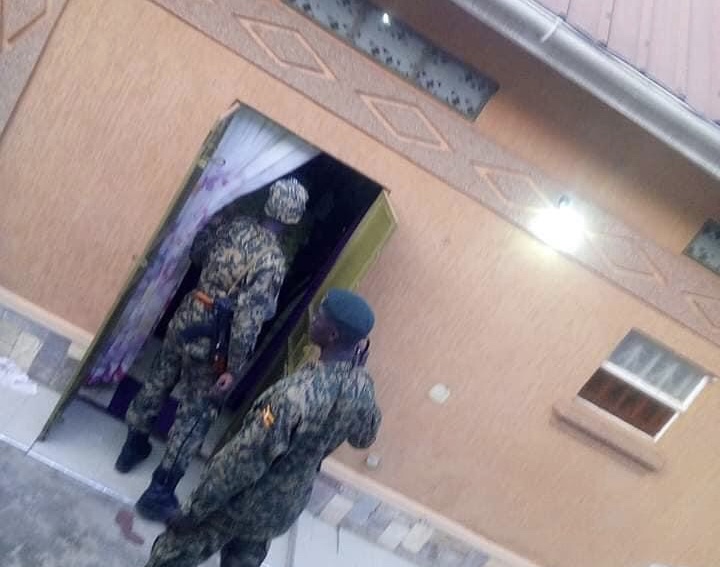 According to a Facebook post on his wall, the Army and police has broken Mityana Municipality Member of Parliament Hon. Zaake Francis Butebi’s house in order to arrest him for allegedly giving food to people.

Earlier on Sunday morning, Hon. Zaake posted on his Facebook wall giving relief food to citizens in his constituency and many pictures could clearly show happy faces as they received the items.

This could be the reason why police is breaking into his home.

In his first national address on COVID19, President Museveni said that any one found giving any relief item to the citizens would be committing a crime of attempted murder. He called upon all those who want to donate food to take it to the national task force. This was after Hon. Zaake had donated thousands of bananas to the people in Mityana district.

Earlier today in the morning, citizens stormed the Kampala city Lord Mayor Elias Lukwago’s home demanding for food. The mayor stated that the people of Rubaga South had not yet received any form of relief from the national task force.

We shall be coming with more details.