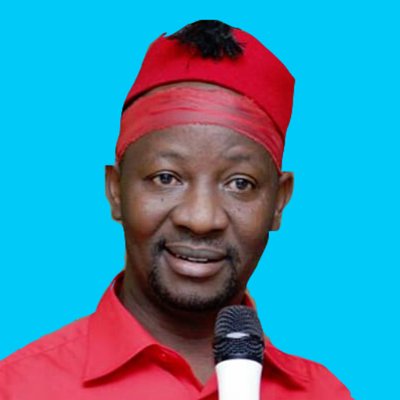 Kiira municipality legislator and Forum for Democratic Change spokesperson, Ibrahim Ssemujju Nganda has pleaded with the speaker, Kadaga to add him extra money so he can cope up with the financial loopholes arising out of the Corona virus pandemic.

The outspoken FDC strongman made his stingy comments while appearing on Capital Gang political show on Saturday, April 18. Nganda accused other opposition leaders like Mityana municipality’s Zaake Francis Butebi of being populists pursuing ‘cheap popularity’ from Ugandans. He further swore that he would not at any point make a mistake of taking back that money when the ravaging hunger has hardly hit his underprivileged constituents. “In my history as an MP, I have returned the money twice. But for this one, even if you bring four caterpillars (Excavators), I cannot return the money. I need to balance between morality and starvation. I have over 40 porridge serving centres to people especially pregnant women,” Nganda said on the show.

Nganda further revealed he was to engage Zaake, who publicly wrote to the speaker of parliament to express his rejection of the shs 20m. Nganda says majority of such legislators only stop at rejecting money on social media but in reality end up accepting the same money. He pledged to shun the ‘cheap popularity’ allegedly sought by a few members of parliament. “When I returned the money the second time, I had trouble; we were only 14 legislators; even those that claimed to have returned the monies on social media, ended up not doing so,” Nganda reveals.