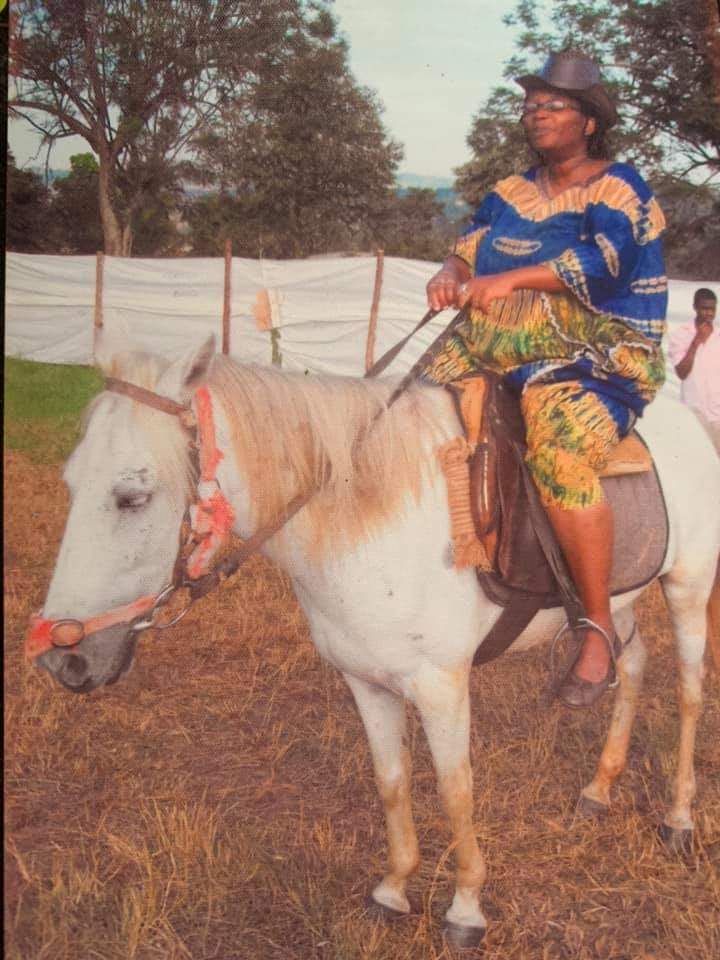 The popular outspoken Facebook rebel and former Makerere researcher, Stella Nyanzi has just confirmed she will ride a horse to Mengo hospital after government consistently maintains a ban on private vehicles.

Famed for her cyber bullying and jabs thrown at Yoweri Museveni and his dictatorial government, Nyanzi earned herself an 18 month sentence that just ended this year on February, 20. Even though she was freed from incarceration, life has not been the same for Dr. Stella Nyanzi as her health condition continued to deteriorate. She would be hijacked by attacks that would lead her into fainting. Her limbs too could get paralysed eventually. While the public relates her health condition to the regime given that most of the critiques like Hussein Kyanjo end up being silenced in a lethal way, Nyanzi attributes her own version to the dilapidated prison facilities. She regularly says she contracted a ‘cocktail’ of UTIs from the filthy washrooms of Luzira women’s prison. Even the improper feeding led to nutritional deficiency as Doctors stress she lacks iron in her body. On April 5, Nyanzi collapsed at her residence and was rushed to Mengo. She was later discharged after five days. Again on April 14, the attack resurfaced. Her Doctors advised that she takes too much iron rich meals.

Nyanzi is known as a lady of humour though few people fail to understand this element in her. Being a comic, Nyanzi says she will defy the presidential ban on private cars and access the hospital in an ancient European style of transport. The outspoken radical says she will ride a horse to Mengo. Below is her statement;

Stella Nyanzi
“I am going to ride a donkey-horse to the hospital for review tomorrow. I do not need a car-permit from the RDC. I will be breaking no Corona decree that will get me caned by the LDU. The police cannot impound my donkey-horse. There are no carrots to feed the donkey-horse at the police stations…

Private cars are banned from the roads. Public transport is banned; no bodabodas with passengers, no buses, no taxis… Bicycles are hard sweaty work and they press my clitoris uncomfortably. But no problem: I will just ride my donkey-horse to the city and back home.”