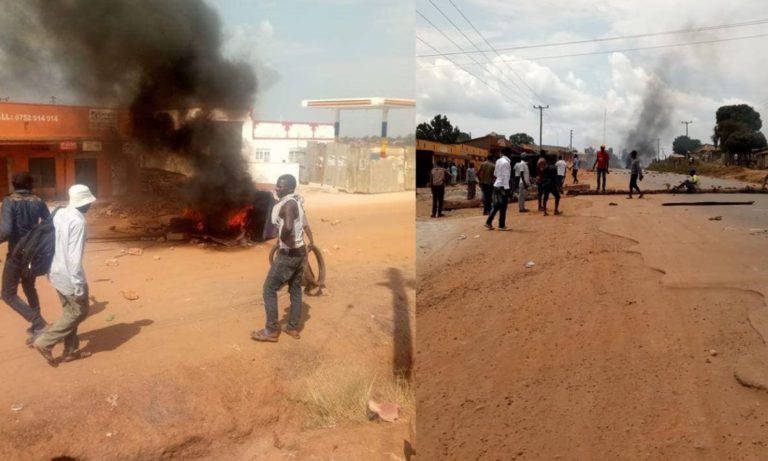 On Sunday, April 19 the police and UPDF acting on the orders of Luzzi Abraham (NRM flag bearer) broke into Hon. Zaake’s Mityana residence after learning of his door to door food relief drive to starving constituents.

Reports say protests are gearing up as people ask government to release their leader. The people’s anger is fueled by the alleged torture allegations as many have learnt that their MP was brutaly beaten by UPDF commanded by the RDC. Earlier in a Monday morning statement, police confirmed to have Zaake in their custody but declined to comment on his health status.

Mityana residents however implicate a one Luzzi Abraham who directed the arrest of his rival. “Luzzi is fond of bribing the police to disperse Zaake’s meetings. He is allergic to the reality that Zaake is more popular than he is,” says Ssemujju, a Boda Boda rider in Buswabulongo trading centre.

Zaake has not yet been displayed to the press, something that justifies his torture allegations. Reliable sources say, the legislator was badly beaten during his arrest. Anger is boiling amongst the locals as they accuse Luzzi of misusing his connections in security. “Luzzi is a snake, and we will not support him even if he contests with a shadow,” Shamim, a hair dresser vowed. The people stress that they will not starve when good samaritans like Zaake are offering free relief. “We cannot wait for hunger to kill us. Government food will never reach us, it’s better to die of Corona than hunger,” says a shoe hawker in Mityana town.

All over the globe, the lockdown has hardly hit the downtrodden masses who at the moment cannot afford to access a meal since they are not working. Whereas other governments are indiscriminately offering food relief, the story is different in Uganda where a selected 1.7 million vulnerable people in Kampala and Wakiso are the target. The exercise began nearly three weeks back and has covered only 1% of the targeted families. The government sidelined local leaders and divorced them from the exercise, a things that KCCA says has slowed the entire exercise. Besides, Museveni appointed his NRM cadres who are not conversant with the social structure of Kampla. Tired of this situation, the vulnerable started storming residences of their area leaders. On Monday, the Lord Mayor’s villa in Rubaga division was flooded with starving Ugandans who demanded for food. Similarly in Mityana, Zaake was stormed by his constituents demanding for food. As a law abiding citizen, Zaake opted to follow the standard operating procedures of the Ministry of Health and embarked on a door to door delivery.