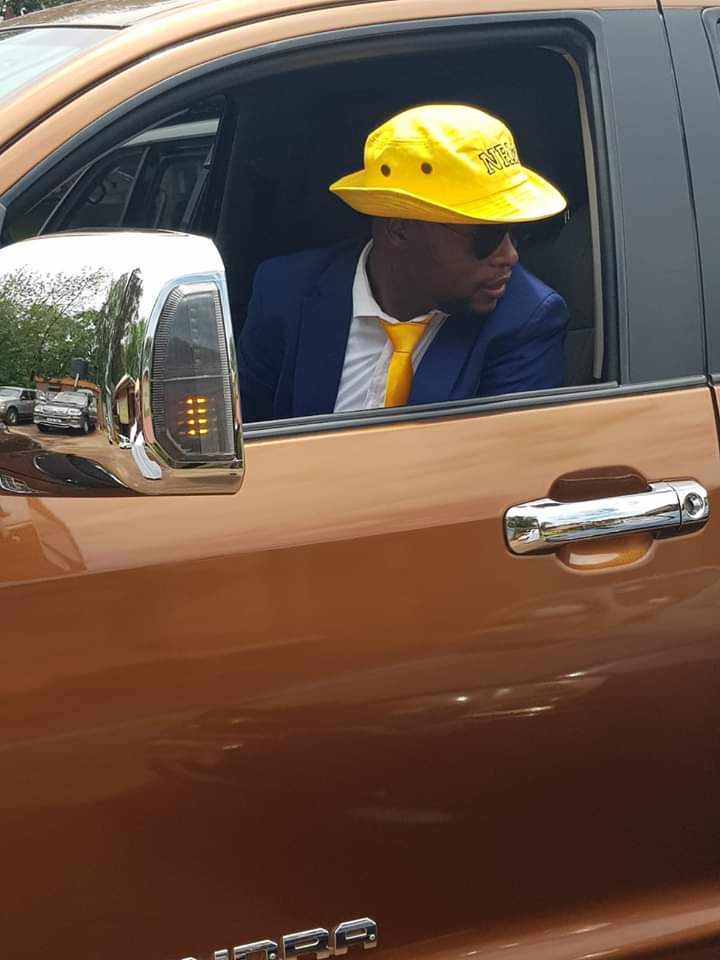 On Tuesday, a jubilant Luzzi Abraham vying for Mityana municipality under NRM flag delivered his final transaction as per the agreement he made with the RDC, Isha Ntumwa.

Our sources were reliably informed that Luzzi delivered about shs 5m to Mr. Ntumwa in a meeting limited to just four people at the district offices. Our source close to the meeting reveals that Luzzi was jubilant and praised the RDC and his men for helping him ‘do away’ with Zaake. He thanked the RDC for making the Mityana seat vacant. “You have done a great job. You’ve made me MP of Mityana,” the source quotes Luzzi. “Please make sure he stays in jail. Don’t allow him to get bail,” Luzzi added in the meeting.

After the meeting, a psychologically haunted Luzzi drove a gold coated Toyota Tundra through all streets of Mityana. His vehicle evoked plumes of shisha pot smoke as he played loud music in pursuit of people’s attention. On his loud speaker, Luzzi declared himself the new Mityana legislator in a self styled coup. “I am the new MP of Mityana, forget about Zaake,” Luzzi shouted while smoking some cigar.

He later posted the pictures of his meeting with the district security personnel to show his allegiance to the dictatorial NRM government. Luzzi added another post showing him leading a lavish lifestyle as he posed for a picture in his Tundra. However, the people in Mityana have vowed not to rally behind this selfish leader. “He has not donated a spoonful of sugar to anyone. We cannot vote for such a man who planned for Zaake’s arrest,” Alex, a Boda rider in Buswabulongo says.