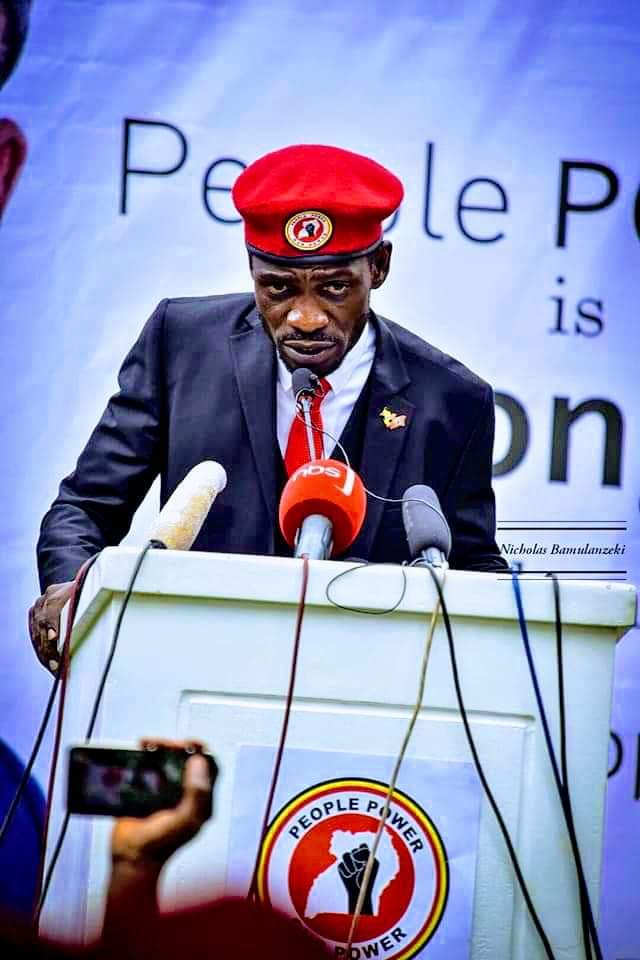 On Monday at 22:30 hours as Mr. Samson Kasumba was driving out of the NBS plaza after finishing anchoring the 21:00 bulletin, he was grabbed by smartly dressed security forces.

The goons would later on identify to be members of the Chieftaincy of Military Intelligence (CMI) but declined to mention the motive of their mission on the celebrated news anchor. They drove him straight to Kiira road police station for custody where he spent his Monday night. “The police officers tried to give me a VIP treatment. They availed a blanket but I rejected it citing health concerns related to COVID-19,” the journalist explained in a tweet. The arrest would then be associated with subversive and seditious activities as explained by the police spokesperson, Fred Enanga. As journalists turned impatient and launched a missile of criticisms targeting the regime, security forces opted to institute a search at Kasumba’s Kamwokya residence. The search lasted for five hours and several of his communication gadgets were confiscated. Sources knowledgeable to the arrest told Kasumba that he was being investigated for his allegiance to one of the neighbouring countries (Rwanda) considered an enemy of Uganda.

Whereas the public had speculated that Kasumba’s arrest was linked to a tweet he made about the speedy COVID-19 recoveries in Uganda, the reality is far different from that. Sources say the government is suspicious of Kasumba’s fancy for Bobi Wine and his People Power movement. In a widely televised weekly round table political show, Kasumba openly expressed his great admiration for Bobi Wine who he compared to Martin Luther King Jr. Kasumba juxtaposed the too icons and ruled out that Bobi was and still is an inspiration and a gift to this country. We have since learnt that his projections on Bobi were venomous to his career.

On learning of his arrest, Bobi Wine condemned the suppression of the press. He used his social media platforms on Tuesday to show his solidarity with the NBS anchor. In the statement, Bobi commends Kasumba’s confidence and resilience. This act did not leave authorities the same. They knew Bobi’s strength would further expose the goverment and further damage it’s already rotten image.

Samson Kasumba was released at 22:00 hours of Tuesday, April 21 in the night contrary to the police bond hours. A source in the Next Media Services says the NBS proprietor threatened to deny government airplay on his Television should they fail to produce him by Wednesday. Consequently, the police succumbed and granted him bond. It is unusual for one to be freed at such a time on such a case. Legal experts however say, the seditious case is a draconian colonial law that was in 2010 declared null and void by the constitutional court. On the charge sheet itself, police didn’t make mention of the case they are likely to press on the news anchor. Bobi Wine as a figure is followed by the international community. His voice has been a push back to government officials who indulge in human rights violations. Majority have been denied visas to these western countries due to Bobi’s statements.