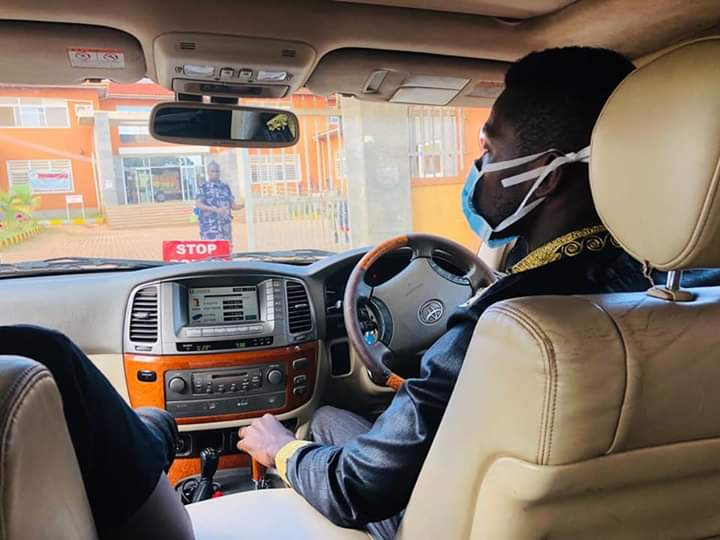 The People Power leader, Robert Kyagulanyi Ssentamu approves the attempted abduction rumours that were lingering on social media. In a Thursday Facebook post, Bobi Wine retorts of how he survived a ploy by security forces who wanted to finish him off at Naguru where he had gone to check on his bedridden comrade, Zaake Francis.

By Thursday at 15:00hrs, (E.A.T) unverified reports of Bobi Wine’s abduction were flying all over social media. People Power supporters had learnt of the kidnap of their leader as he headed to Iran-Uganda hospital in Naguru, where his Deputy youth wing leader and fellow legislator, Zaake Francis Butebi is being held captive. Our snoops strived hard to establish if this was a factual narrative. We deployed our reporter to survey Naguru hospital and in fact, he found a full battalion of anti-riot police officers on standby mode awaiting to inflict harm on Bobi Wine. We could not publish this story on time because our reporter was grilled to explain what had brought him to the hospital.

Sources close to Bobi Wine say police officers provoked him and tried to institute harm on him. They even denied him access to his bedridden colleague. His driver, Nubian Li recounts the ugly scenes that corroborate with what they experienced in Arua a couple of years ago. “The officers approached our vehicle and asked what had brought us to the hospital. We maintained our calm and didn’t react as they expected,” Nubian says.

By publication of this story, the Kyadondo East legislator confirmed his attempted assault in a Facebook post. Bobi Wine says;

Today has been a very emotional day for me. It has brought back the memories of the Arua ordeal and the many other times I have found myself alone, surrounded by people who are on no other mission but to hurt me and ensure the world does not get to know.

Today has also given more meaning to our struggle for freedom, democracy and human rights. It has been yet another reminder that we must fight and win our freedom or die trying.

Our brother and comrade Hon. Zaake Francis was arrested on Sunday and beaten so badly! The man who was very energetic on Sunday is now being treated at the Iran-Uganda hospital in Naguru. These past days, people have been denied access to him, including his personal doctors, lawyers and family members. Today, they allowed a few people to see him although they were all prohibited from going in with phones so that they don’t take his pictures!

As soon as I arrived at the hospital with Nubian Li, they deployed dozens more police officers who came with anti-riot equipment! You can imagine the fear! They denied me access to him and asked me to return tomorrow or another day. When I was detained at Makindye after such a horrendous torture ordeal, they bought time so that people would see me when I was in a better shape!

Hon. Zaake has narrated such a tale to those who have been lucky to access him. They did unspeakable things to him. Upon arrest, they did not even talk much about food distribution- it was all about intimidating him and demanding that he stops opposing Museveni! It is clear that the Museveni regime is using this COVID situation to annihilate and weaken all those opposed to their dictatorship! Comrades, we must remain alert and demand for what is due to us. We must not allow them have their way.