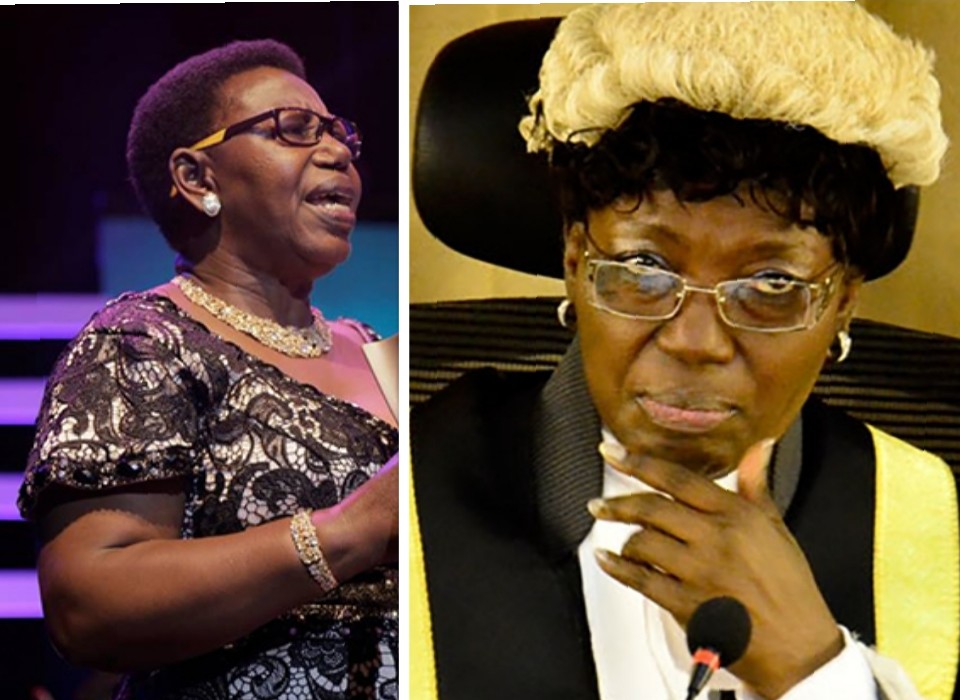 Following a heated debate in Parliament yesterday over shs10 billion COVID-19 money that was wired to Mps account, The speaker clashed with the Attorney General Attorny General William Byaruhanga and some MPs. It should be noted that the house was to some extent full of insults, exchange of bitter words and abuse of power.

The Attorney General was to respond to the parliament since the money has already been wired to MPs account despite court order to stayed the money until April 29.

According to him “The High Court order Parliament to halt the transfer until April 29, 2020 is still legally binding, even though it came after the money had been already transferred, any money spent (by MPs) after the April 21, 2020 amounts to contempt of court”.

However, The angry speaker disregard the statement saying “By interfering with the Shs10 billion, the judge is interfering with the whole supplementary of Shs304 billion. That means it is all under injunction. It was all in one bill.” She further advised MPs to spend the money advanced by the Parliamentary Commission to support the national response on COVID-19 fight amid Court interference.

Now the Former Minister of Ethics and Integrity Dr. Miria R.K Matembe has jumped on board to mock the Speaker Kadaga’s behaviour towards the Attorney General and some MPs in Parliament saying it was filled with unnecessary anger.

“RebeccaKadagaUG Seeing the unnecessary anger with which you shut down the Attorney General & called colleague MPs STUPID; while denying the powers of Court over @Parliament_Ug , one wonders who is more STUPID than the other”.  she tweeted. 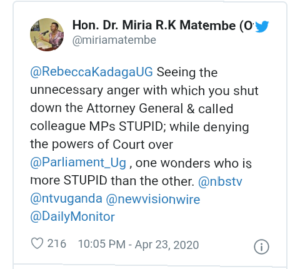