Muhoozi angry at Bobi Wine for not tweeting about his birthday 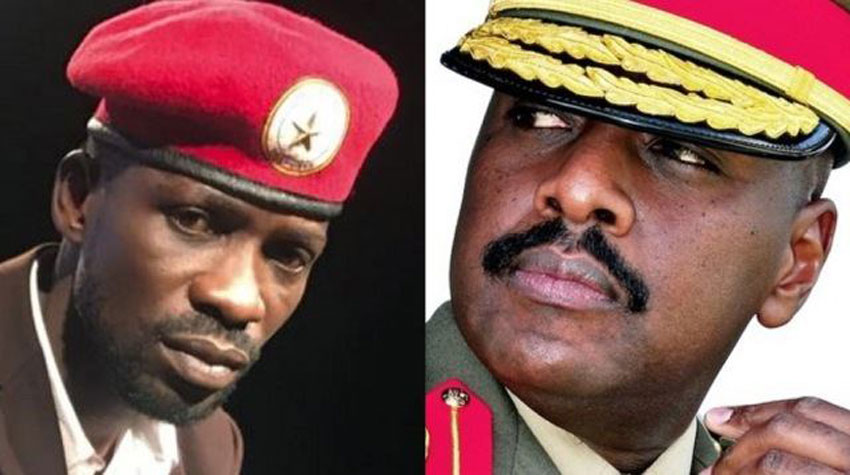 Muhoozi angry at Bobi Wine for not tweeting about his birthday

The first son, Muhoozi Kainerugaba has punched doubts in his claimed friendship with Bobi Wine after failing to see a tweet about his birthday. A day before, the People Power principal had wished the four time presidential candidate, Dr. Kizza Besigye who had made 64. An expectant Muhoozi eagerly awaited a similar birthday treat from Bobi but all in vain.

With nearly 3 hours left to the closure of the day, Muhoozi can now ascertain that the Kyadondo East legislator will not tweet about his birthday as earlier anticipated. Muhoozi was in high spirits at the start of his special day but Bobi’s loud silence has ended up shattering his moods. The first son even declined to take part in Balaam’s cake cutting surprise party because he was not in ‘good moods’. Muhoozi Kainerugaba is a serving UPDF member doubling as a senior presidential advisor and head of special operations. His genetically modified army ranks are highly doubted by the senior UPDF serving officers who claim he us just favoured by being Museveni’s son.

Today he silently celebrated his 46th birthday unlike in the past years when he would convene city socialites and known artistes to dish out cash to.

It should be noted that earlier on, the first son had sought for audience with Bobi Wine but all in vain. He had alleged that his followers wanted him to meet Bobi Wine for a sit down where the duo would discuss the country’s political future. Muhoozi tweeted about his burning urge to meet the People Power leader but the arrangement flopped after Bobi’s negative response to the call. Bobi Wine instead advised him to make the discussion public with a direct participation of other Ugandans.