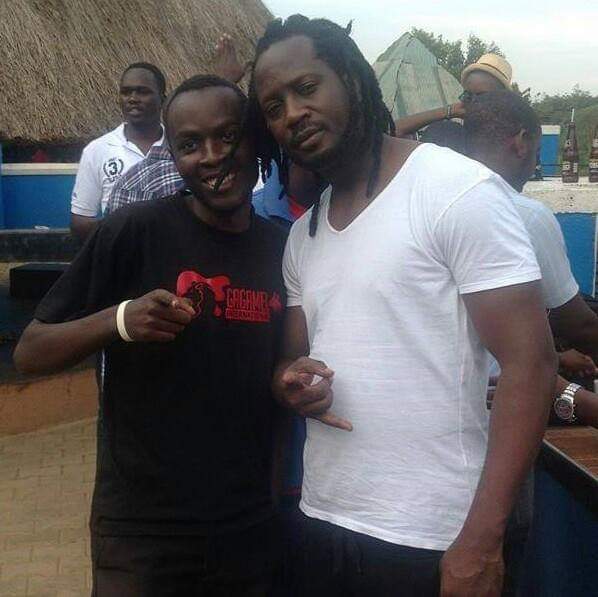 A distressed ardent Bebe Cool fan has faked his Corona status in a bid to raise money to take him through the lockdown. Hakim Turyatunga who enjoys a large Facebook following on his ‘Kim Gagamel Int’l’ account has been exposed by his distressed followers who all flooded his timeline with implicating screenshots. The adduced screenshots depict Kim asking his followers to assist him with shs 5,000 ($1.2) which would faciliate him in the meantime. From the multitudes of the retrieved screenshots, Kim is evidently seen appealing to almost each of his Facebook friends. Tired of Kim’s begging spree, his longtime friend, Abbas Kizito Abbey first alerted him to either give up on his undeserving vice or else the public would know about him. A stubborn Kim persistently begged even after the cautions which prompted Abbas to expose the screenshots of their entire dialogue chats. 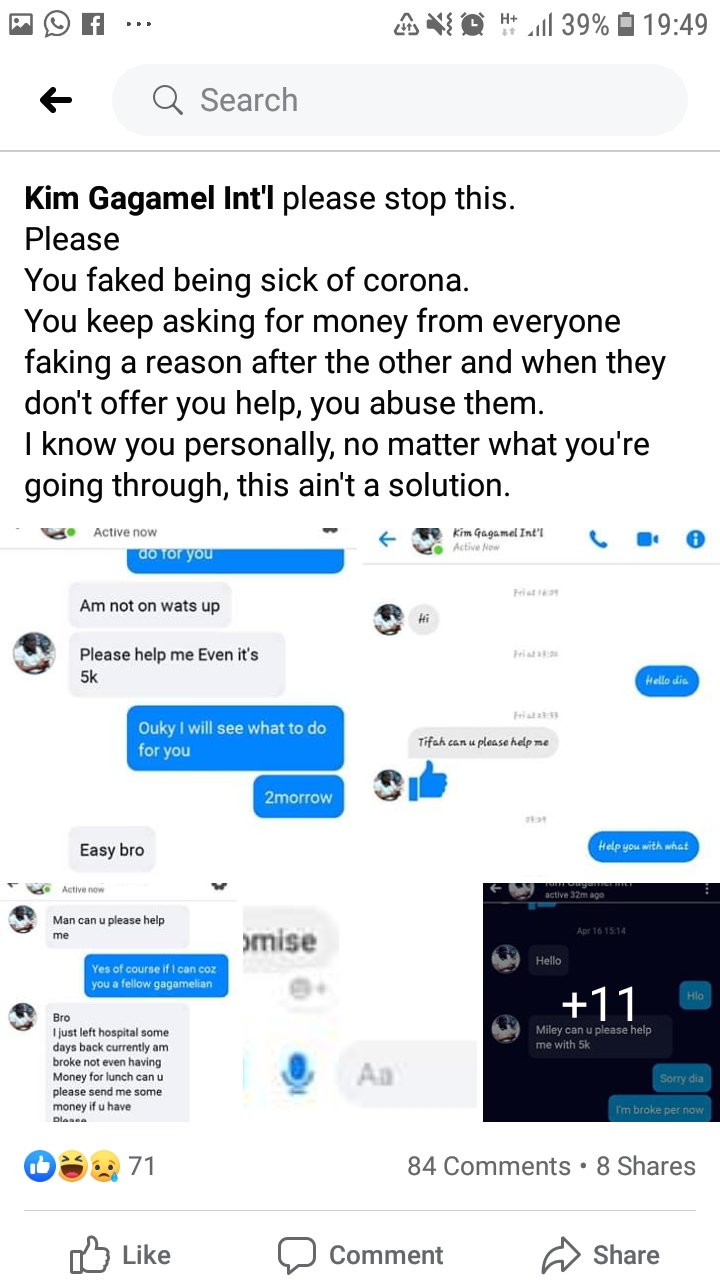 Kim is largely famed for his addiction to the self proclaimed Gagamel boss, Bebe Cool and for a fact, his photo uploads are a decorum of the musician’s pictures. From the day corona struck Uganda, Kim says he was abandoned by Bebe Cool yet he is the self appointed ambassador of his brand in Kanungu, a district in the South Western Uganda. “I have called Bebe Cool for help but he never picks my calls. Let me just beg to get out of this,” cries Kim. “I only see him on cameras giving out food in a show biz yet I’m starving,” he adds.

Kim’s friends say it is not the first time he is faking scandals. They say his begging spree dates back to 2016 when he innovated a game of faking accidents. “Since 2016, he tells us he has got an accident and he needs urgent shs 5k,” writes one of his friends. “He is a disgrace to Gagamel. He should just change his name and drop Bebe’s brand,” he adds. Our struggle to reach Bebe Cool for a comment didn’t yield as he declined to respond to our phone calls.