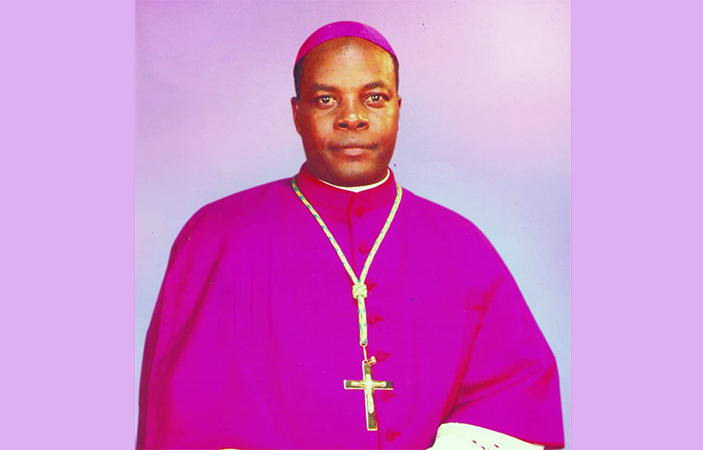 The Bishop of Mbarara archdiocese, Rt Rev Lambert Bainomugisha has been appointed the new Archbishop of Mbarara. He replaces the Most Rev Paul Bakyenga who is resigning from the pastoral care of the archdiocese upon clocking the canonical age limit of 75 years.

Paul Kamuza Bakyenga is a Roman Catholic priest, who was the Archbishop of the Archdiocese of Mbarara, since 2 January 1999,21 years ago.

The appointment of Bainomugisha by Pope Francis was announced on Saturday afternoon by the apostolic Nuncio Luigi Bianco.

“The Apostolic Nunciature has the Joy to announce that the Holy Father Pope Francis has appointed Rt Rev Lambert Bainomumugisha as the new Archbishop of Mbarara,” the letter reads.

Rt. Rev Bainomugisha was born on July 12, 1961 (age 58 years), at Kashumba, Bukanga in Isingiro District. After the primary school at Buhungiro, Kyabahesi and Kinyeje, he completed his secondary school from Kitabi Minor Seminary in Bushenyi District. He did his philosophical studies at St Thomas Aquinas Major Seminary, Katigondo in Masaka District. After having completed theological studies at St Mary’s National Major Seminary at Ggaba, he was ordained a priest of the Diocese of Mbarara on July 13, 1991.

He has a doctorate in Canon Law from St Paul’s University, Ottawa, Canada.