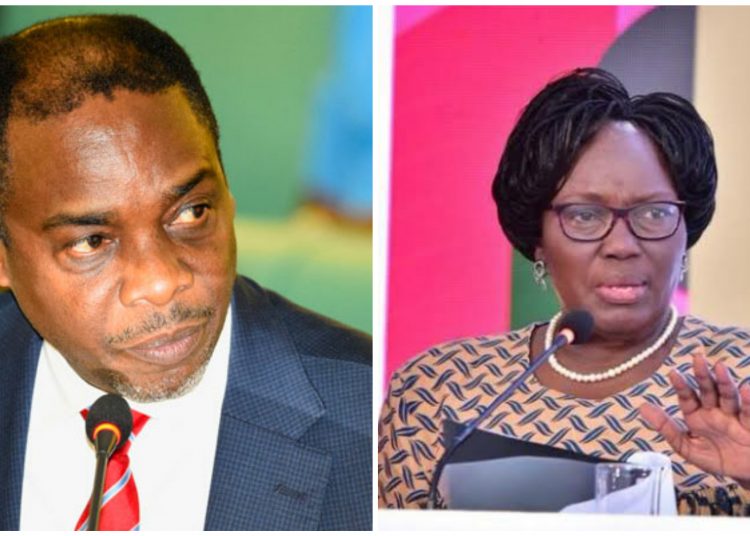 For a consecutive couple of years since November, 13 2018 the Speaker of the tenth parliament, Rebecca Kadaga, who pursued a career in law has faced consistent rejections by the Uganda Law Council. Our sources have revealed that Kadaga to-date seeks to be elevated to the special rank of Senior Counsel, but that is unlikely to happen anytime soon after her scandalous conduct last week.

‘Senior Counsel’ is a supreme position in the legal field and it entitles the applicants to whom its bestowed a great deal of privileges as mandated by section 10 of the Advocates (Senior Counsel) Regulations 2018. Just like ‘Dr’ or ‘PhD’ for Doctors, ‘SC’ goes for Senior Counsel and in courtrooms they are identified by their distinct black gowns with purple embroidery and a wig for those at the rank of a judge. The most outstanding privilege is that of appearing at only courts equating to the high court or above. Senior Counsel are like prominent musicians with back-up singers because they must always appear with a lower ranking ‘junior counsel’ in every court session.

Usually, the applicants are supposed to have practiced law for a period of at least 10 years and specifically having been an advocate at the high court. Special consideration is given to those who have observed personal and professional integrity. Kadaga’s greed for the shs 10b saw her bash the Attorney General and shut him up before the public. This sparked trouble for her as members of the Uganda Law Society (ULS) sunk into resentment towards her. Some have already petitioned the ULS president, Simon Peter Kinobe asking him to reject Kadaga’s application for the ‘SC’ rank. They claim her anger towards court injunctions specifically that which halted the shs 10b projected her as inappropriate for the grant of the special rank. By publication of this story, Mr. Kinobe had reportedly asked the committee of Justice Stella Arach to reject Kadaga’s SC application.

We interviewed the maverick lawyer Isaac Ssemakadde for a comment on Kadaga’s misconduct and he indeed approves that it was “an extreme attack on the independence of the judiciary.”

“Robust criticism of a public official is okay, but screaming at the Attorney General in that indecorous manner is the last thing anybody in her position can do,” says Counsel Ssemakadde, who is famously known by his Twitter moniker ‘Legal Rebel’.

“Kagaga’s furious outbursts at judges and incitement of other MPs and political fatcats to behave in contempt of court has become a disturbing pattern, for which the dimwit is yet to face any meaningful sanctions,” the Legal Rebel added. “I sincerely hope that a certificate of incompetence for her is on the way because she certainly deserves it more than the lugubrious AG Peter Nyombi (RIP).”