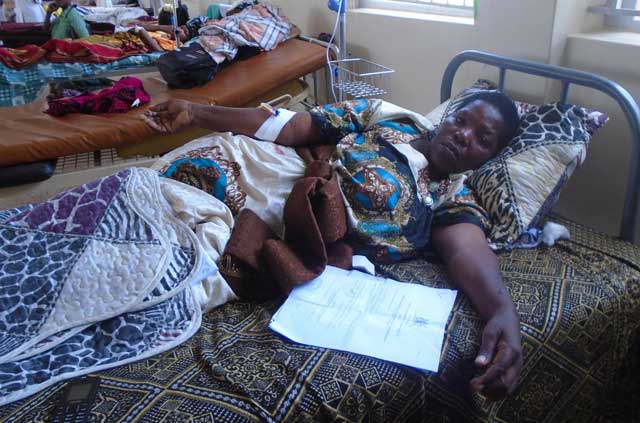 Hawa, a resident of Kiwogozi zone in Luwero Town Council says she had gone to the West Nile district of Adjumani to stock charcoal for her trade business. On that fateful day, her truck was intercepted by the Amuru RDC, Linda. She asked her team to impound the truck on grounds that the owner had flouted presidential guidelines on movement. The truck was temporarily impounded by the local police as the RDC solicited for a bribe from Namubiru. It is alleged that the duo agreed to a shs 1.5m cash to end the wrangle. However, Namubiru disclosed that she did not have the money in cash and that she needed a few days to mobilise this amount. While they were privately negotiating over the fate of the charcoal truck, Namubiru was secretly recording voices on her mobile handset.

At the elapse of the granted days, Namubiru managed to transact shs 1,000,000 to a mobile money number provided by the RDC. She wired another transaction of the remaining shs 500,000 and her truck was released. Moments later, Linda Auma encountered private dialogue with Namubiru floating on all social media platforms. Urged by the zeal to revenge, Linda abducted the trader and instructed her guards, Patrick Omada aka Akeng and Robert Okwera to batter the lady. The duo mercilessly beat up Namubiru as she sobbed for mercy.

Namubiru adds that she was chauffeured to the RDC’s residence and further beaten. “The RDC confiscated my phone to trace for the audios,” she says. “I was then taken to Amuru CPS where I spent three days in custody before being set free after being forced to forgive the arresting officers as a bond condition,” she adds. Namubiru is currently admitted at a hospital in Luweero where she is being treated. Linda Auma denied all the allegations during a phone interview with the press. She dismissed any possibility of having met the trader as she claims it is just a malicious ploy by her rivals.