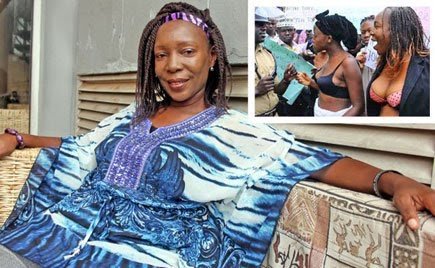 Kampala Metropolitan Police spokesperson, Patrick Onyango says they are investigating circumstances which could have led to the death of Barbra Allimadi, 48, a member of the Alliance for National Transformation (ANT) party.

The deceased breathed her last on Monday at 20:00 hours at her Kiwatule residence according to Harry Wakibra who reported the case to police. In a statement issued by Patrick Onyango, police established that, “the findings indicate that the deceased was found lying straight on her stomach with straight legs. The lying body shows she could have been in pain during her last breathe. There is no sign of struggle or injuries on the body.” Police confirms that a witness reported the case on Monday night. “It’s alleged that Wakibra Harry reported the discovery of a lifeless body of a one Allimadi Ann Barbara, aged 48 years, coordinator of Alliance for National Transformation, Foreign envoy and a resident of Kiwatule,” Onyango says in a statement.

The late is a daughter of Otema Allimadi, a former prime minister of the 1980-85 Obote II government. In her 2013 interview with a local publication, she said she is a born of a family of 17 and that they have spent their youthful age in exile in the UK since Museveni’s government stepped in. Her return to Uganda was in 2007 when she had come for her mother’s burial. Ms. Allimadi has been an outspoken political activist prominent for her 2012 semi nude street protest at CPS as she contested the inhumane handling of FDC activist, Ingrid Turinawe whose breasts were squeezed by an arresting male police officer. She is also remembered for leading a protest at Luzira prison as they demanded for the release of the Kayunga youths arrested in the Kabaka crisis. At the time of her death, she has been serving as the International Affairs secretary for ANT party.

Her body is currently at Mulago for postmortem examination as police follows up at her Kiwatule home. Milton Allimadi, a brother to the deceased in a social media statement asked the bereaving public to remain calm and grant some privacy to his grieving family.