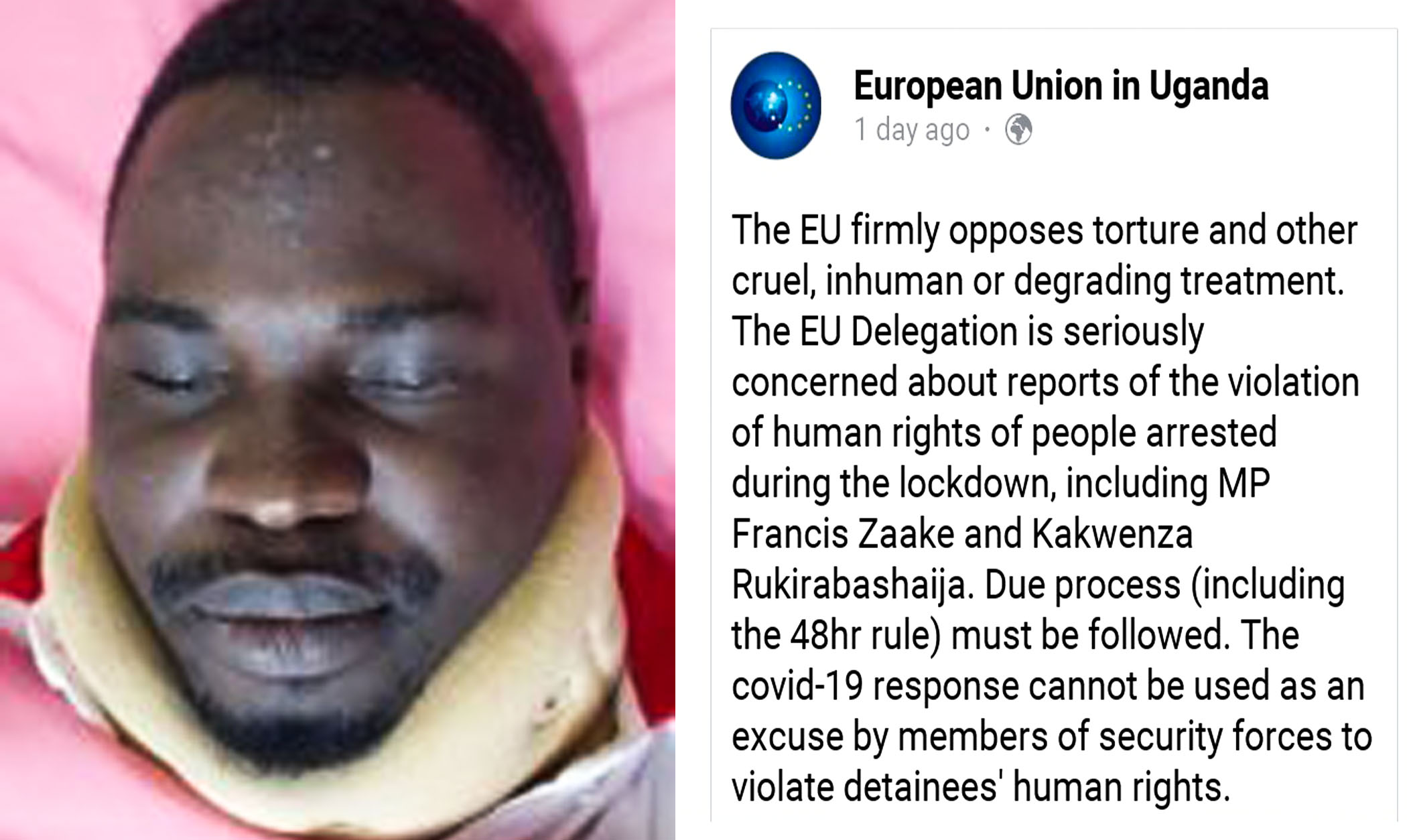 As human rights violations hit their prime in this time of Corona virus, the Ugandan security forces find no offense in tormenting Ugandan citizens.

The corona season has been misinterpreted by the police, Local Defence Unit and UPDF as a shield for their brutality. At the start of the guidelines, men in uniform used an iron fist approach to disperse harmless street vendors in the downtown Kampala. Several people were battered mercilessly and walked away with lifetime injuries. The brutality went on under the guise of implementing presidential directives.

On a Sunday evening of April, 19 the Mityana municipality MP, Zaake Francis Butebi was arrested in good health witnessed as depicted in the moments captured by cameras. However, while he was in police custody at different facilities of Mityana CPS, Mbuya military safe house, and at SIU Kireka, the legislator was subjected to dehumanizing torture that left him blind. The torture claims were at first refuted by police through the spokesperson, Fred Enanga who declared such as mere propaganda to earn the opposition political points.

However, when legislators; Asuman Basalirwa and Paul Mwiru saw the legislator during a visit to his cells, they confirmed he was brutalised. The reports have since triggered widespread criticism from Ugandans. The pressure was indeed felt by the president himself when he smartly distanced himself from the arrest during his Tuesday address.

Several other international players have come out to condemn the brutal arrest of the legislator. The European Union issued a Wednesday statement condemning the arbitrary arrests and gross human rights violations exhibited by the government of Uganda led by the autocrat, Yoweri Museveni. In their statement, the EU opposed the torture and degrading treatment unleashed on Zaake and Kakwenza Rukira, an author who published a book about the Junta. “The EU firmly opposes torture and other cruel, inhuman or degrading treatment. The EU is seriously concerned about reports of human rights of people arrested during the lockdown, including MP Zaake Francus and Kakwenza Rukirabashaija,” reads part of the statement. 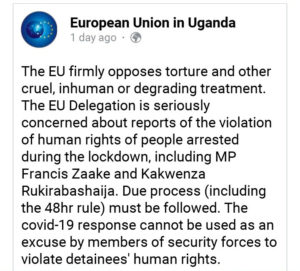 US. Embassy speaks out

“Charge d’Affaires Chris Krafft had a constructive discussion today with Ugandan government officials regarding the need to fully investigate allegations that security services tortured Member of Parliament Francis Zaake, and hold perpetrators accountable. Torture violates both Ugandan and international law, and measures to mitigate the spread of COVID-19 can and must be enforced without violating human rights”