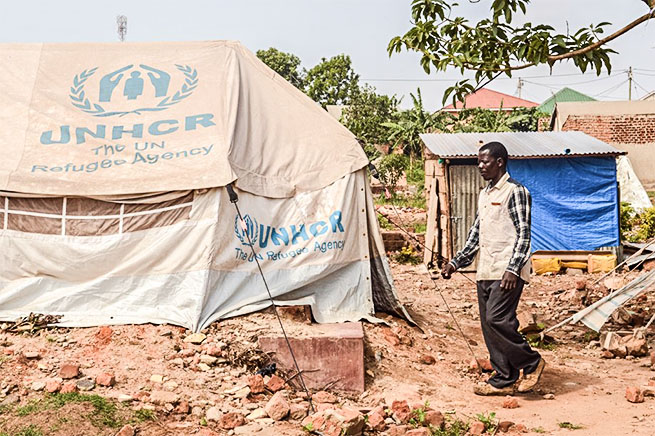 A mother and her three children have been injured in a fire outbreak in a one of the refugee makeshift tents that are housing the people of Lusanja.

The UNCHR tents were provided by the government after businessman Medard Kiconco claimed the land and demolished the houses of the residents on August 23, 2018

The metropolitan spokesperson Patrick Onyango said that four people had been injured including a mother and her children.

“Among the four people injured only one victim was identified as Fatumah Nabugolola mother to the injured children, ” he said in a statement.

Mr. Onyango said it is alleged that the fire outbreak happened at around midnight.

“It’s suspected that a kerosene lamp was left unattended to as the possible cause of the fire outbreak, ” said Onyango.

He added that the victims were rushed to Kirudu Hospital for treatment as further inquiries are ongoing.