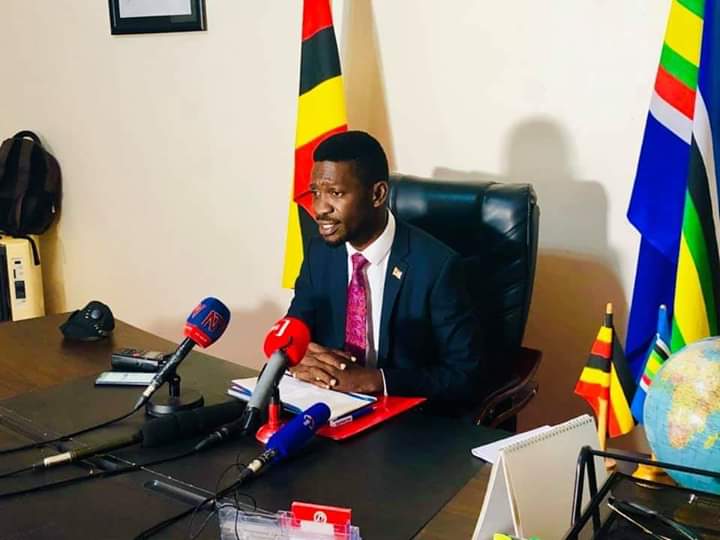 The Kyadondo East legislator, Robert Kyagulanyi Ssentamu has today unleashed plans to legally apprehend all the security officers involved in the torture of his colleague and fellow MP, Zaake Francis.

Bobi Wine said all this today on his second visit to Rubaga where the ailing People Power youth wing leader is admitted. An emotional Bobi Wine addressed the media and updated the public on Zaake’s situation. “He has still failed to open his eyes but we are optimistic all will be well,” Bobi told the public. “He is just recognizing us by our voices. When he hears your voice, then he knows who has visited,” he adds.

Asked on whether they have a way forward on Zaake’s situation, Bobi Wine blew a sigh of hope in the People Power supporters when he approved they are considering legal action. “We are taking the legal path. We will sue those men who tortured Zaake as individuals before we proceed to sue the institutions in which they serve,” he says. Preliminary findings implicate the Mityana DPC, Alex Mwiine, RPC Bob Kagarura, RDC Isha Ntumwa and SFC soldier Amos Kagoro.

The People Power principal is a victim of torture having survived a state engineered assassination that claimed his driver, Yasin Kawuuma during the 2018 Arua byelection. As a victim, Wine is haunted by the ugly memories of the horrendous Arua incidents. What just happened to Zaake revives the Arua survival in Wine’s memory. Looking at his comrade, Zaake again in a life threatening condition yet they survived in Arua, Bobi nearly bursts into tears as portrayed in his last press briefings regarding his colleague’s situation.