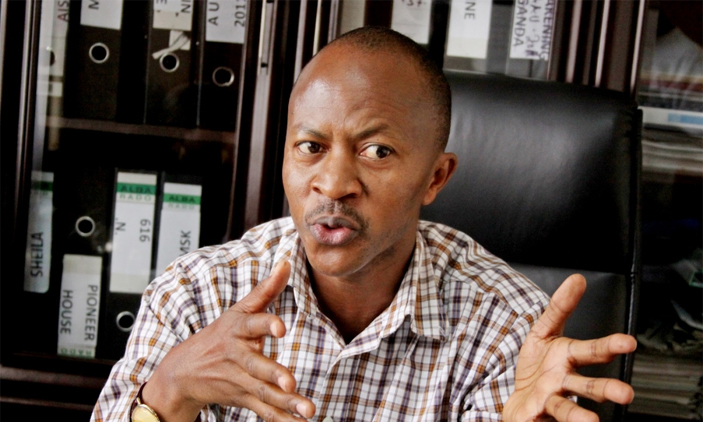 Controversial social media critic Mr Frank Gashumba has launched a scorching attack on the MPs and the speaker of Parliament Rebecca Kadaga.

Mr. Frank Gashumba post
Speaker Rebecca Kadaga and her MPs should not try to think Ugandans are stupid.
Kadaga and her MPs are crying wolf that the Executive and Judiciary are undermining them. However, you should know that Parliament has perpetuated impunity for as long as I can remember.
Parliament behaves like it’s beyond question.
So many silly things happen in Parliament and actually the Executive has been tolerant.
It’s not the first time Kadaga has felt bigger than any authority in our country.
She previously abused the courts by calling a court order stupid. She used continually use her position to abuse the judiciary in not one but many ways.
Just recently she ordered the Clerk of Parliament to lock the Office of Chris Obore.
She forced the Itesot man to go on leave and she even ignored the court injunction that was issued.
A senior person in the judiciary told me how Kadaga called all the big shots in the judiciary asking them to “dismiss” Obore’s application saying `I am tired of that man.”
Rumors also indicate she called the Attorney General ( the very man she also abused ) telling him to ensure Obore loses the case because she doesn’t want him.
After the leave ended, Kadaga again told the poor man from Teso to stay away from the office!
The man is now seen on social media rotting in the village because Kadaga has decreed that he must not work in parliament.
Where is the good governance Kadaga talks about ?
If you can fight a small man like Obore and cause his family suffering then what leader are you ?
Museveni knows wars to fight not civil servants. Kaguta even helps his enemies when he sees them weak and suffering.
Kadaga chaired the Parliamentary Commission that interviewed and recruited Obore.
Kadaga knows Obore was recruited by Parliament and minutes to that extent exist but she uses her tribemate at IGG to write a report to justify her interest in unfairly sacking the iteso man.
Yet even IGG did not expressly say sack the man but the report said Parliament should review their recruitment process.
Is Obole the recruitment process ? Was he the one in charge of recruitment of himself ?
She later turns around to soil the man that he has no papers.
Who doesn’t know that Obore graduated with a Masters at UMI?
She wants the Itesot out of parliament because she was told he is not loyal to her.
Imagine !
A commissioner told me she asked all of them to support her and resolve to sack Obore.
If you can rudely treat a civil servant then what have you done to your political opponents ?
Internally , things in parliament are not smooth as no one dares to be perceived by Kadaga as not supporting her.
Staff have to tread very carefully.
These MPs shouting that parliament is under attack , do you even know what goes on in Parliament?
Do you even know how your committee budgets are used ?
Mwe we are not kids.
Telling us that Executive is stealing more money is like saying you have failed in your work. Why were you elected ? To pass money that is stolen