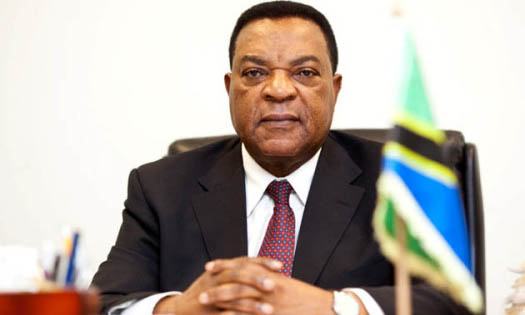 Tanzania’s Minister for Constitutional and Legal Affairs Balozi Mahiga has passed away this morning from a ‘sudden illness the Government said .

In a statement president, Magufuli said the deceased collapsed at his home in Dodoma and was rushed to the hospital where he died on arrival.

The death comes after two legislators died due to a similar illness this week collapsing and dying. 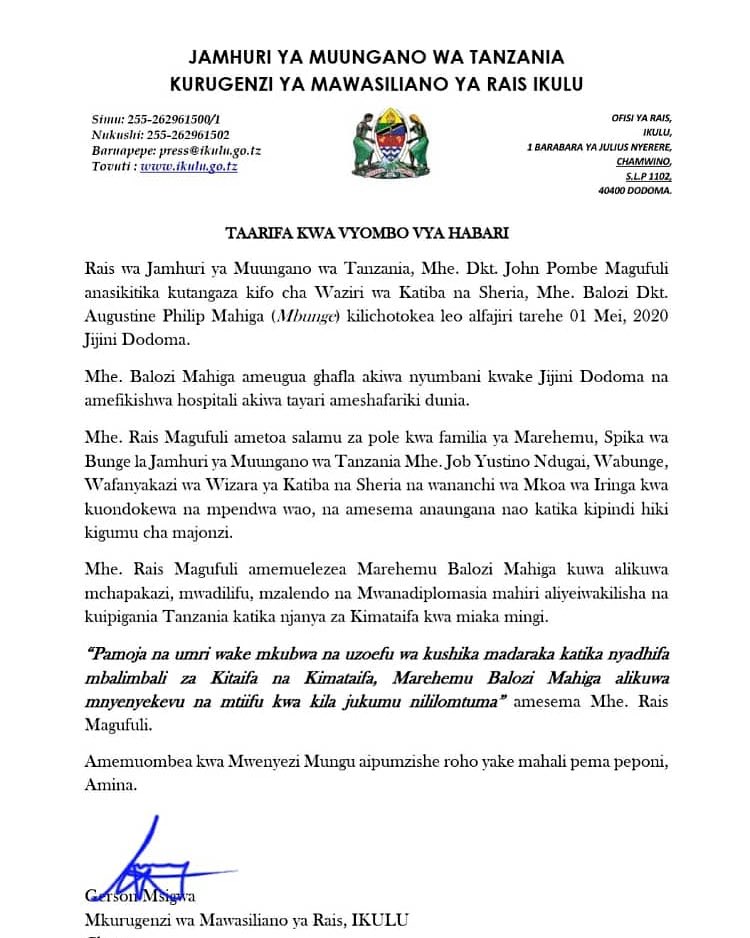 Tanzania has so far reported 480 cases of COVID-19, 16 deaths and 167 recoveries. However, the President John Pombe Magufuli refused to follow safety guidelines from experts to close public places that could limit the spread of the disease.

In December 2015, he was nominated as a Member of Parliament by President John Magufuli and thereafter appointed to the Cabinet as Minister of Foreign Affairs.