‘1.4m is peanuts compared to what you took!,’ Mbonye shoe kisser trolls M7 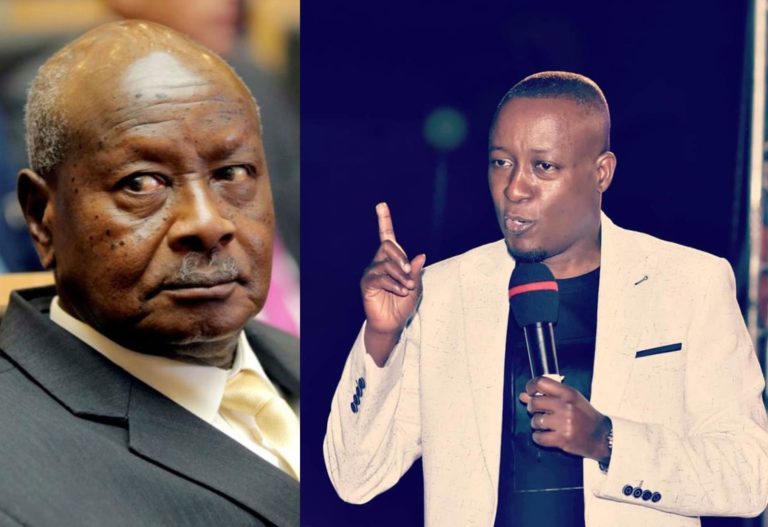 Renowned journalist-cum preacher, Joseph Kabuleta has again fired at Mr. Museveni over his recent shs 1.4m donation to the taskforce.

On April, 29 Mr. Museveni through his wife, Janet delivered a cheque worth shs 1.4m which they said was half of his salary sacrificed to the COVID-19 taskforce. Just about three days from the stunt, an unapologetic composed and re-energized Kabuleta whose regular Facebook attacks on the first family landed him into trouble last year, has again come out to denounce the crafted charity. The outspoken preacher famed for the Mbonye shoe kissing stunt has never resigned his position of putting Museveni and his family under scrutiny.

While Museveni is still jubilating and boasting about his ‘generousity’ and support to the COVID-19 taskforce, Joseph Kabuleta sees all this as a stunt to hoodwink the gullible masses from raising questions about the billions of money he drew from the supplementary budget. In a tweet, Kabuleta questions the morality of Mr. Museveni who is giving Ugandans with the left hand and then takes away more than what he offers with the right hand. “He takes a supplementary budget of 3.5 trillion this financial year under classified expenditure (to be used at his discretion) then gives 1.4n of his salary and we cheer his generosity,’ the tweet reads in part. “Tyrany is never fully actualized until slaves start cheering their oppressor and tax payers or Ugandans were given poisoned milk.. Naye Banange!,’ the tweet adds.

After donating his money, a boastful Museveni remarked, “You remember your people normally pay me some little money. They pay me shs 3.6 million. NRM takes about 20 percent. On the other remaining shs 2.7m, I will instruct Janet to sign shs 1.4m each month to the Fund. Janet is the one who receives that money. I never follow up that…”

Our private findings established that Museveni has all reasons not to follow up on the said ‘shs 3.4m’ salary due to the chunks of money he allocates to his own office. We reliably learnt that every minute that goes by, Mr. Museveni spends shs 1.2 million, shs 77m for an hour and shs 1.8 billion in a day and all this goes to handouts and State house expenses. In the previous NRA walk at the beginning of 2020, Museveni would in a day spend shs 277 million according to reports compiled by the Kiira municipality MP, Ibrahim Ssemujju Nganda.