Bobi Wine stands on top as the public sides with him 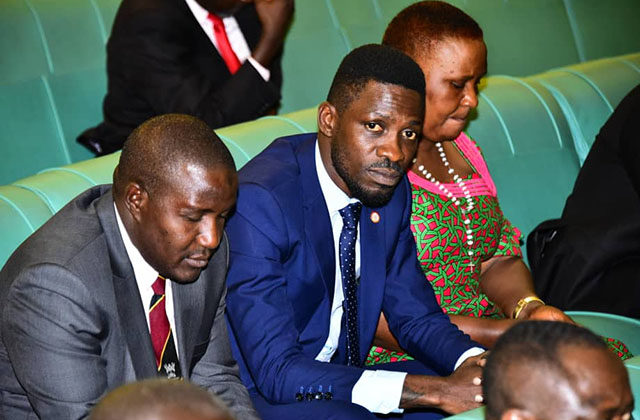 Drama at parliament has exposed the greedness MPs have as seen in a viral video on social media where RT. Hon. Kadaga comes out to disclose all what was in the supplementary budget which wasn’t called for according to the public.

The public and media has come out to condemn what parliament has taken as a share in that saga.

The supplementary budget was not in good faith given the situation Ugandans are experiencing at a moment. The speaker forced the media and public to also condemn other sectors for having gotten that share. However, the public seems not to go that way because this money was passed through parliament which the speaker runs. So, she’s accountable.

Kyadondo East member of parliament Hon Kyagulanyi Sentamu aka Bobi Wine having seen this in the first stage, he advised and classified this share as a bribe and declared it illegal. Kadaga waged  a war against Bobi Wine by pushing him to the disciplinary committee but now the game seems to have changed. The public says, MPs should return the public funds as instructed before without fail.

The question now remains,
Will Bobi Wine apear before the disciplinary committee as earlier said by Kadaga or will Kadaga advise all MPs to return back the money??